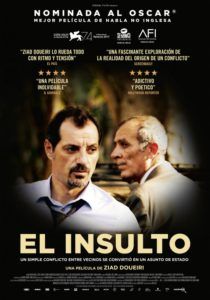 The International Festival of the New Latin American Cinema of Havana, is not only the audiovisual festival that has been held in Latin America during the year, but a real encounter with universal cinematography. Among the most expected offers is undoubtedly the International Contemporary Panorama, which is a showcase of the best that cinema has produced from all over the world, recently. Perhaps with the intention of highlighting certain works within that conglomerate, under the heading Galas was hosted a group of films in special presentations. Among the most significant titles was: Indestructible. The Soul of Salsa, a documentary directed by Spanish filmmaker David Pareja, which has as its central figure the famous flamenco singer Diego el Cigala, and his rhythmic-melodic ties with Latin America and the Caribbean. We were also able to enjoy Residente, a work inspired by the musical avatars of its producer, director and protagonist, the excellent Boricua rapper René Pérez (leader of the group Calle 13), which here counts his journey in confrontation with the ancestors who threw his DNA test, from Africa to China, and whose result was his last album Residente.

But also the most recent film by finnish filmmaker Aki Kaurismaki, The Other Side of Hope, director known among us also by Drifting Clouds, Le Havre, Man Without a Past, works marked by his humanist ethics and the narrative transparency typical of his creative seal were also called to these Galas; and a film co-produced between Lebanon and France and directed by Ziad Doueiri, The Insult, whose lead actor Kamel El Basha, won the Volpi Cup for Best Actor.

With the title The Other Side of Hope, Kaurism-ki brings us a story that unfolds in an ascame and icy city like Helsinski. A young Syrian refugee, Khaled, chooses to stay in Finland illegally, at all cost. For his part, Wikhstrom, a mature middle-class man, has decided to turn his life around with the opening of a restaurant in which he will rehearse various formulas to achieve commercial success. Both individuals are predestined to be in the ring of life.

In this film Kaurism-ki insists on the issue of conflicts arising from the presence of an emigrant in the great Western city. He seeks refuge, security and a decent life. The city, and more than itself, the citizens, respond to it in a very different way and according to its own hierarchies; so does chauvinism as solidarity. On the one hand, we see the rigorous order of a satisfied society that is offered strictly hospitable with marginalized and uprooted subjects from its patriotic context. But we also witness police hostility, as well as harassment against ethnic minorities and immigrants. Already in Le Havre (France, 2011), the Finnish filmmaker booked a realistic, almost journalistic treatment of the confrontation between police and immigrants, while the rest of the film settled into a scorned speech towards sentimental comedy. The protagonist was an atypical shoe cleaner, whose charlotesca dignity revealed his moral and intellectual polish. Uns flaunted, he took care of little Idrissa, an African boy, escaped from a raid on immigrants.
Both in that film and in the one presented now, Kaurism-ki offers not only an objective look, but a rather optimistic interpretation of events, in the sense that his heroes do not usually die in the attempt, but always find a friendly hand. A touch of humor next to a peculiar sense of faith in human progress and kindness would, from my point of view, be the hallmarks of The Other Side of Hope. Such qualities also accompany the film by Lebanese director Ziad Doueiri, with brushstrokes of hilarity degreased on a story full of subjectivities and pain. Talented artists such as Charles Chaplin and Roberto Benigni, demonstrated with films such as The Great Dictator and Life Is Beautiful, that the most rugged and lacerating human themes, are susceptible to being treated in the light of comedy, even if they reflect grim tears.

Scripted by Ziad himself and Joélle Touma, The Insult recounts the unfortunate encounter between Toni, a Lebanese Christian, and Yasser, a Palestinian refugee. Such a confrontation has as its apparent origin an insult. From the very beginning, the film traps us in a series of actions and reactions of the leading characters, destined to add to us in a confusion as to who the offender really is and who is offended. Intolerance, love and fear prevail on both sides. The degree of empathy generated in the viewer seems free: who would not recognize any personal episodes, a sense of frustration, revenge, stubbornness and much more, in the toni and Yasser clashes? 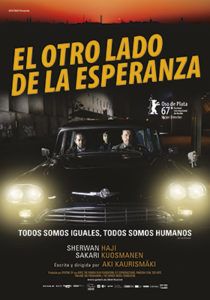 It is the merit of our annual film event, allowing the public to come into contact with cinematography with little presence on our premises and little media support. From the Middle East, above all, unflattering news comes, so it is worth exalting the virtues of this co-production, for in addition to being a technically and artistically very accomplished work, part of universal concerns whose roots sink into the oldest history in the world; and I am not referring to the everlasting discord between the Arab world and the Christian world, but to the oldest discrepancy of man with himself and with his neighbour.

Beyond the fact that the film vents a more plausible than real fact, even beyond the religious conflicts that may beat under the skin of the Lebanese nation, as a sequel to historical events of full topicality, I consider that the impact of the film on the public comes from the theme itself concentrated in the diatomical parcotomic ofensa-forgiveness. Throughout the film it is played with that polarity, which is but an expression of two exclusionary opposite feelings: love-fear. Love is one and in front of it all weapons fall apart. However, fear is disguised as hatred, pain, resentment, intolerance, anger, egolatry, etc. All the prejudices and old lacerations that the subject assumes as pretexts for the deamor, lead in the film to a judicial process that threatens to exacerbate Beirut’s sociopolitical landscape. The engarded city is committed to division, everyone thinks they have reason to hold on to their sides. Even the defense attorney finds a personal motivation to confront the accusatory party.

Just after he decided that hostilities would continue until the final pronunciation of the trial, it happens that could have been built as the closing scene and the most beautiful of the film: one of the contenders helps the other in something as simple as repairing the car’s mechanical damage. In that moment of spontaneous reconciliation, the helping hand and the face it thanks are two sides of the same coin, of providence itself. However, the film stretches unnecessarily, pretending to justify the irascible and intolerant of human behavior. But it is no less true that the final moment expresses Toni’s spiritual growth and Yasser’s natural humility; their reactions have been more saloic than the verdict itself. And peace is restored, although we know that, unfortunately, it is only a fictional film, and that, on the other side of any insult, of any fear, of any hatred, we continue to long for hope. Ω

The hope placed on women

On the afternoon of this Tuesday, October 30, Panamanian President Juan Carlos Varela visited the Archbishopric of Havana and exchanged with pilgrims who make up the Cuban delegation to World Youth Day (WYD) Panama 2019. […]

Catechesis on the Commandments

We then offer our readers the first of the catechesis on the commandments developed by Pope Francis since 13 June.   Dear brothers and sisters, good morning! Today is the feast of St Anthony of […]

Dominican-based Cuban Luis Beiro Alvarez says in his most recent book The Screen Upside Down: “A movie is not good or bad in itself. Its importance has to do with the impact and the permanence […]