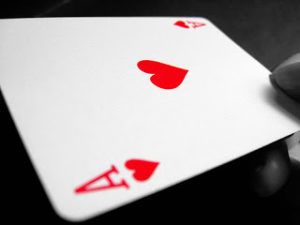 At a wedding party, where several professionals of diverse branches agreed, I hear a person tell about a complicated work vicissitude. The lady in question runs a socialist state-owned company, and has a serious functioning problem. Its economic apparatus, in addition to the usual management of balance sheets, purchases and sales, payroll and other actions, is obliged to comply with a rigorous system of periodic delivery of information to its higher instances. This company, in order for this routine to work, needs to hire a specialist, from a self-employment firm, and must pay for this service. The number eerogated, each month, exceeds by almost three times the state salary of the director he or she he/she he/she.

The justification for the event is simple. The staff of this site provides that whoever takes care of the economic part becomes an emolument that even rubs the four hundred. On site there is no transportation, no lunch (although there is payment for this), and beyond the salary is little in level of gratifications or amenities what the position offers, either in legal areas or even “on the left”. In view of this scenario, plus the responsibilities assumed by an economic office and the harsh prices of daily life, very few are interested. The legal provisions governing the operation of this company prevent you from paying more pay to a place of your own. In practice, in the face of the shortage of staff willing to take office and the inescapableness of the information deliveries and the rest of the operations, a good part of the revenue earned is then used to hire an external expert. Someone concluded the anecdote with a stony statement: “It’s always the same. Professionals are the last card in the deck.”

Such an example is one of many that can now be argued with regard to the twisted functioning still exhibited by not a few national structures and bodies. While the process of economic reordering has opened up paths and possibilities for some sectors, others do not offer the same prospects. In particular, the state areas and, within them, the professional strata, are undoubtedly the most affected. In the case described, although there is a specialist who gets a decent salary (the one who comes from private premises), there would be two, who leads and who will once officially occupy the place, who are disadvantaged. Such inequalities, not infre sfreering from erroneous or outdated provisions, must be directed by changes in the Cuban economic model.

Of course, the issue of currency disparity, low wages and today almost absent status as the main source of anyone’s income, among other arguments, is very important. But, beyond this criterion, there are other incomplete conditions, which also influence. In various areas there are still laws, qualifiers of positions, templates and other provisions, which were dictated in distant years, where the social and economic situation did not approach the current complexities and difficulties. Such standards look antediluvian and do not infreer create more problems or even prevent the solution of existing ones.

Another aspect is in the working conditions of the state squares. The lack of inputs or raw materials, the low possibility of other stimuli that complement the low figures of wages, battered physical spaces, hot and unpleasant, even sometimes, until the absence of a bath, drinking water and lunch, are measurable realities.

I have been in law firms and notary, not to make the enumeration of places very long, where, in the middle of the 21st century, lawyers write legal documents in “ageepiedricas” typewriters. I’ve seen them file tons of papers occupying giant furniture, whose texts could fit comfortably on a simple hard drive. I have visited public offices where customers and workers suffocate solidly under the mustio breath of some surviving fan to the Russian refrigerator with which he came into the world. If you work in state bodies, often important utilities, how to ask that you have been interested in thickening these rows; how to demand rigor and discipline; how to expect them not to succumb to user “help” and “fighting,” and traffic in what’s left of them. The bad eyesight makes very bad faith.

Another aspect, already mentioned, is that it is not possible to fill the Cuban professional field with accountable spaces. Self-employment is one of the solutions implemented by a “mastodóntic” state, which can no longer serve both and efficiently, for example, all the industrial infrastructure of the nation and each croquette post on every corner. The private solution, in addition to leading to jobs, somewhat alleviates the inflated insoles and seeks to stop unproductive and “gyrovagating” posts, including ills arising from huge bureaucracy and ineffective operating mechanisms (whether in large infrastructure or croquettes). Mechanisms which, by the way, created no one but the State itself in its action.

But there are many professions that, for reasons of a very different kind (which we can share, understand and even accept or not), will not be privatized, nor admitted in the framework of new cooperative forms or in other independent instances. Therefore, the State itself, which employs them, needs them, but has not found, in addition to a substantial salary, other avenues of possible relief and stimulus, is the one that should lead to improvements to these working groups. Needless to say, it is professionals, in countless vital branches of society, who carry on their shoulders, or rather about their intellectual and expert performances, the functioning, development and advancement of those same branches.

At the wedding of marras, the problem entrepreneur was even given a possible proposal. In addition to the comment that, in addition to what has already been said, an economist, as well as a trained man, another person told him about a probable candidate and made a small story to him. He was a graduate boy a few years ago, young but already with some experience. Currently, he worked in a major corporation, with a valid salary and stimulation in hard currency. However, he was unhappy that he had recently been moved to the warehouse. For another type of person, this would have been a “promotion”, being located near “the search” and with the baton in his hand. For this young man, suddenly facing the fact of the thousands of dollars in goods moved daily in that warehouse, it meant a great concern. Anyway, I aspired to another square, perhaps not so well paid, but without such a complex level of startle. In three words, I wanted to buy peace of mind.

As is known, the island’s degraded economic conditions since 1990 have brought many other degradations in the social order. In one of the texts in her book In Search of the Unicorn, Dr. Graziella Pogolotti states:

“The harsh circumstances of the Special Period increased permissiveness. It had to be resolved and the children observed in the house their parents, good workers, otherwise, in violations of what was established to obtain the malanguite or protein supplement. It was best to close your eyes to the dubious origin of these goods. Gradually, in an imperceptible slippage, the fissures were transformed into tempting cracks. Apparent success sharpened the image of the ‘bug’ to the detriment of the value of work.”

The rigorous economic conditions, the collective social levels of permissiveness, the ascension in the national imagination of the success of this “fighter” of our day, and the already menting circumstances, brought, first of all, very unusual social conformations. There are those, already known, where an engineer was a taxi driver, or doorman of a hotel, looking for the remuneration he did not get in his position in national currency or the rebirth of the thousand and one faces of the illegal in all spaces and ranks. Secondly, and not least, such circumstances also dragged us to the formation of a very harmful thought. That closure of the eyes, that permissiveness, have degenerated into the cracks of a situation where normal, or worse, where doing the right thing becomes inappropriate and even criticized.

An economist wants to buy peace of mind, even at the cost of certain losses, because practicing honesty has almost become a drag. The eyes (closed or vigilant, but equally attentive) of society, the pressures of potential beneficiaries of future missing and those who would be affected, daily deficiencies, in direct clash with personal righteousness and their own and others’ conceptions, make a complicated breeding ground. The terrible thing about it is not that someone wants to be honest, but the sacrifices they must make to achieve it. The sambenito, justified or not, that does not come to tell, that economists bear the original sin of corruption, or the eternal startle because they pay for the corruption and bad deed of others, leads here to a radical disjunction. It is preferable to abandon everything than risk getting into trouble, whether for lack of its own or others. The very narrator of the story finished: “Even then the professionals are wrong. To be honest, right now, is almost worse than committing a crime. It is preferable to work where there is nothing to steal, even if you gain a pittance.”

With such thunder falling around, the storm is still presumed to be camping and the sun of improvement over the Cuban professional sphere. In any case, it is a sector on whose work not a few areas depend on the operation and development of a country. This essential, and suffering, deck of Cuban society, still awaits the rise of its cards. Ω

The impossible closure: ethics and coronavirus in Cuba

The perception of “save who can” (Fragments)

As has happened in the last twenty years, on March 17th the Terry Fox Marathon for Hope was run in Havana, a symbolic three-kilometre tour of several avenues in the city center, with start and […]

“A social imaginary is a building inhabited by hopes and desires; a building made of ruins, thoughts who insist on appearing, of beliefs that go beyond prayer; a building whose walls are made of images […]

Housing concept To address the concept of housing we must point out the ownership of it, the constructive quality and the basic services available (drinking water, electricity, telephone, communications); meeting physiological, psychological, social, religious needs; […]