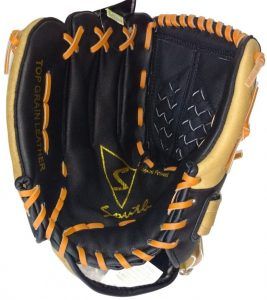 The current Cuban baseball championships up to the 11-12 year old category include in their Rules of Procedure that, in the first time at bat, players stop at the left-hander in the batting drawer and, in the second, on the right. From the third chance, the offensive position is already optional.
The measure aims to boost bison skills to have the same options on both the right and left in the future. The intention is good in itself, but with our reality it is impossible to develop such dexterity.
The main handicap is that very little is played. For example, in the province of Mayabeque, one of the most fulfilling provincial calendars, boys participate in a maximum of ten matches during the provincial stage. To those are added seven in the National Zonal and at most another seven in the Final. That is, twenty-four games in a year that translate into twenty-four times at bat “to the opposite hand”, fully insufficient.
With admiration we see how teams from the United States, Canada and Puerto Rico, among others, have in their line-up several ambidextrous hitters with so much potential that you don’t know if they’re left-handed or left-handed rights that do it right. However, to reach that “mastery” are hundreds of games played seasonally since they were eight or nine years old.
Data from specialized sources highlight that only 10% of the world’s population is left-handed. However, in professional baseball we find that the percentage rises to 25%. Undoubtedly, being left-handed in baseball has its advantages.
First, most pitchers are rights. When a batter goes to the left-hander has an excellent angle to see when the ball comes out of the right-handed pitcher’s hand, that allows him to calculate the sending speed faster and gives him more time to decide whether to swing or not, resulting in a better offensive average. It’s not the same when he’s up against a left-handed pitcher. In that circumstance, you should look over the shoulder at the exit of the ball and have a better angle of it, only when it is reaching the home plate. The same goes for right versus right duel.
Another advantage of lefties when it comes to batting is that after swinging, their inertia is heading to the first base line and that gives him a greater advantage over the right batter, whose inertia is directed to third base and to start running he has to stop that inertia and start from scratch. Add to that that the left-hander travels from home to first base, almost a metre and a half less than the right. That distance difference can be up to 1/6 of a second, as published some time ago by the Japan Times Online. Such an advantage could be to dial an out or a safe.
As if that were not enough, with the desire to favor right-handed hitters, many terrains are shorter in the right field and that is very well taken advantage of by lefties, who do not care so much “to get it out” on the left.
To the defense, those of the so-called “wrong hand” also have their advantage. It is true that it is almost impossible for them to function as a receiver, beforealist, torpedo or waiter (although there are exceptions throughout history), but their options at first base or gardens are very large.
To have a left-handed first base is to cover the space between him and the waiter. There are more connections that come out “between first and second” than those that are stuck to the line. When fielding it is the same as having a right beforealist, because it more easily captures the balls that go between third and short, which are more frequent than those that line the left line.
In the gardens, if a team can include lefties to play in the right and center, their defensive bolt is activated. First of all, the left-handed right fielder would do the same function as the initialist, that is, he is able to capture everything that comes from the front and covers a lot of space on the way to the center. Meantime, the left-handed fielder center next to the left fielder right would make almost impenetrable the so-called “hollow” between the left and center gardens, the area most prone to extrabases.
When we talk about pitchers, the story is no different. If lefties have good control, they’re almost always winners. When facing right-handed hitters, they seem to be at a disadvantage, but since most rights more often pit their peers against each other, then the contrast with the left-hander favors the latter.
When there’s a runner at first, the pitcher has him face to face. This prevents you from overtaking than usual and the options of getting still to second are reduced. It is true that the situation is different when the runners are in second and third, but the logic indicates that more brokers are in the initial than those that reach the next ones.
In addition, in the face of the possible play of ball touch with man in first or second, the left-handed pitcher when capturing the pel

is in a better position than the right to launch it, either to third or second base.
The list of illustrious Cuban left-handed platoons is very wide. As a sample button remember the Santiago Changa Mederos launchers, Jorge Luis Valdés, José Modesto Darcourt, Omar Ajete and Aroldis Chapman, as well as batsmen Felipe Sarduy, Antonio Muñoz, Elpidio Mancebo, Urbano González, Wilfredo Sánchez, Agustín Marquetti, Eulogio Osorio, Alejo O’Reilly, Javier Méndez, Juan Luis Baró, Kendry Morales and Giorvis Duvergel, among many others.
However, few have been the ambidextrous with long careers in that role. In recent times I believe that only Luis Ulacia and Frederich Cepeda have been protagonists, although evidently their best results have been achieved by beating the left-hander and playing the field as rights.
In international baseball, there are many famous left-handers. Among them are the mythical Babe Ruth, considered the cornerstone of the New York Yankees, the world’s most famous sports franchise. Another unsurpassed one is Ted Williams, a two-time winner of bateo’s Triple Crown and the last to finish a season with more than 400 averages. Since the lomita no one questions the quality of Sandy Koufax, who pitched for the then Brooklyn Dodgers, was in seven All-Star Games, won the World Series four times and three times the Cy Young Award.
The ambidextrous have also marked part of the story. With this feature, luminaires such as Mickey Mantle, Pete Rose and Chipper Jones appear.
Mantle is considered the most power-powered ambidextrous. He hit 293 left-handed home runs and 243 to the right, while his onslaught average is the highest among his peers, 421. Pete Rose hit the left-hander for 307 with 3,083 hits and 789 extrabases, so far as to the right he finished with a 293 average with 1,171 undisputed and 252 extrabases.
Chipper Jones is not left behind. He beat the left-handed 303 average and the right 304, as well as handing out almost equally his more than 500 doubles, 458 home runs and 1,623 RBIs.
They are perhaps the most conceived, but it is impossible to fail to mention the names of other notable ambidextrouss such as Tim Raines, Mark Texeira, Bernie Williams, Roberto Alomar, Lace Bergman and Eddie Murray, among others.
The truth is that, in most cases, ambidextrous are primarily rights and that gives them an advantage. According to specialists, the right side of the brain has more ability to store the information needed to perform in sport. So much so that today, statistically speaking, one in five players in major league baseball is placed on both sides of the home plate.
We’re talking baseball, but the rest of the disciplines don’t escape analysis. There are many left-handed athletes who achieved staring. Among them some of the best known are the American swimmer Mark Spitz, considered one of the best athletes in history; boxers Joe Frazier, Floyd Mayweather and Manny Pacquiao; tennis players Martina Navratilova, Rafael Nadal and John McEnroe; speed drivers Ayrton Senna and Valentino Rossi; basketball players Bill Russell and Manu Ginobili; usain Bolt, as well as footballers Diego Armando Maradona and Lionel Messi. 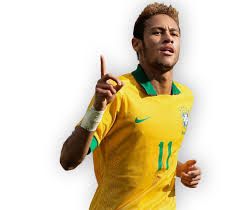 And if it’s ambidextrous, footballers Cristiano Ronaldo, Neymar Jr., Eden Hazard, Manuel Neuer and Tony Kross top the list, while Lebron James does so among basketball players, while in boxing we find Miguel Cotto and Oscar de la Hoya.
Scientists have concluded that everyone can be ambidextrous. In recent studies, Mario Muñoz, a professor in the Department of Health and Exercise Sciences at the University of Massachusetts, says: “At the time of the child showing interest in one hand or another, the other part of the body can be trained. No one is born ambidextrous. Actually, the part that is trained is the brain, but there has to be a predisposition for the brain to execute.”
Some athletes will be able to achieve fusion of dominant sides more easily than others. Agility of movement, genetic predisposition and even determination to achieve this will be the difference between whether or not you are an ambidextrous.
The issue is much more, as left-handed dominance does not cover all sports, but it is undeniable that in most it is an advantage to be, especially in sports that require very rapid reactions.
Therefore, if we want to improve our sport, specifically baseball, the tactic of including a turn “on the other hand” in the learning categories is not wrong; what happens is that twenty-four times at bat in a year, more than developing a skill, I think, negatively interferes with the development of the future high-performance athlete. Ω

As I think of the Pessoa River

In Cuba, the winds of the greatest blow

“The historical resignation of Bishop Emeritus of Rome Benedict XVI, is a fact that has transformed the way we understand the relationship with power in humanity.” With these words, Mr. Antonio Olivé presented last Thursday, […]

The work of the Loyola Centers is in line with the teachings of Fr. Arturo Sosa, Superior General of the Society of Jesus […]

The Eagles in the heart of the Cibao

The Cibaeñas Eagles are not one more team of the Dominican Professional League. In his heart comes all the feeling of the Cibao region, whose capital is Santiago de los Caballeros and where many claim […]