Are the fallen stars of Hollywood so quickly forgotten? According to the novel Zeroville by Steven Erickson, yes. Montgomery (Monty) Clift passed away in 1966 and three years later, some may no longer remember him. But Ike Jerome Vikar (James Franco) from the eponymous film is reluctant to believe it. He does not mind that others ignore Clift’s passage on the big screen. A frame from A Place in the Sun (George Stevens, 1951) featuring the protagonists Elizabeth Taylor and Monty Clift has been tattooed on his shaved head. The Taylor attracts him to such an extent that it has made him an iconophile. Franco addresses himself again.

Who has to know every detail of the career and the frustrated life of the actor is him. However, little by little he begins to interact with the cinema. He may only know about Clift a couple of extra-cinematic things, but of his leading roles he only delights in A Place in the Sun. And, although he wants to make movies, Jerome is not a movie buff. Neither “envies the person who sees a great classic for the first time and wants to be in his place”, nor “read and listen only to those criticisms that serve to confirm their opinions.” These and other cinephile notes established by José Andrés Dulce1 do not suit him. When the Viking (Seth Rogen) says about Jerome that he has film autism because he lives and breathes movies it is an excessive compliment. That opinion is like a letter of recommendation, as it introduces you to the industry. At one point a party is registered and there are, among others, Steven Spielberg and George Lucas talking about future projects. Over time, Jerome will acquire – of his own free will – a film culture. 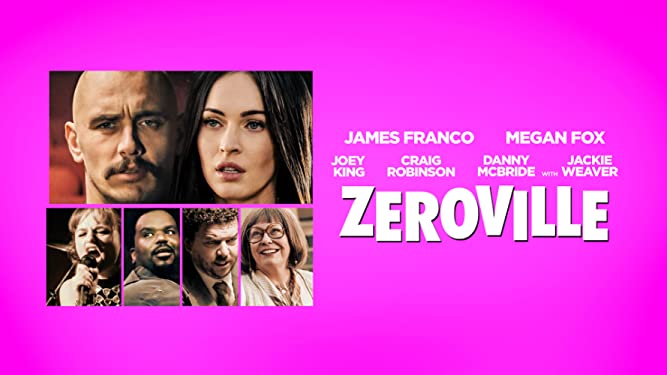 In many Zeroville moments there are obvious references to Hollywood cinema, especially after the so-called golden age. But when editor Dotty Langer (Jacki Weaver) and Jerome lock themselves in the editing room because she has prepared a special moment of Stevens’ classic, what it says and the scene itself, it is a declared tribute to the cinema of dynamism and emotion, not strict aesthetic continuity. Before Vikar learns the art of combining the visual with the sound, the film already celebrates the editor’s work.

Some scenes are better resolved than others. I prefer here those that prolong the cinema within the cinema. The protagonist’s conflict is fragmented like flashbacks like his recurring dreams. It seems to leave Elizabeth Taylor on the road for Maria Falconetti and both for the immolated actress (Megan Fox). He begins and remains a tremendous worshiper of repeated frames. I think that Franco loses himself in how to structure his film in favor of the one he conceives in the plot, but overall, it is one of his most interesting works to date. He has managed to address himself so effectively that someone else seems to have the last word. Like the demanding editor Vikar, he knew how to get involved and distance himself in time. Ω

Colina, or how to monologate film criticism