Talking about a person supposes having known him, and then he gives testimony about him, or else it would be necessary to investigate in the biographical sources.

In our case we resorted to the sources, to an interview made by Ramón Antonio Pérez for Aleteia Venezuela and published on April 23, 2019.

This interview was given by Alfredo Gómez Bolívar who, for thirty years, together with his wife Milagros Sotelo, has investigated the life and work of Dr. José Gregorio Hernández Cisneros.

The approach of Gómez Bolívar and his wife to the admirable doctor began with the discovery of a book entitled The Servant of God José Gregorio, doctor and saint, written by the Colombian historian, journalist and diplomat Antonio Cacua Prada. This work, published by Planeta editorial, could be one more work of the writer, but an episode marked his life. Gómez Bolívar narrates that the Colombian writer had a unique experience, once he was sharing with some friends on the beaches of Costa Rica, when he felt that the tide began to rise rapidly; he felt the waves pulling him out to sea, he swam with effort but unable to advance; He thought that his life was coming to an end, when he remembered the Venezuelan doctor and began to plead almost desperately: “Holy Venezuelan, save me! Venezuelan saint, save me! ”. Immediately he felt that a force pushed him out, to the beach and thus he survived. Grateful, he traveled to Venezuela to research the “Venezuelan saint” in order to write his biography.

Alfredo Gómez decided to write the doctor’s biography himself, supported by his wife. His affection and devotion to the “doctor of the poor” is such that they show in his apartment a large painting of the eminent doctor to whom the neighbors attribute miraculous cures.

Gómez Bolívar showed the Aleteia Venezuela interviewer, Ramón Antonio Pérez, the biography achieved with the title Dr. Hernández is ours. In the footsteps of José Gregorio, published in 2015. The 198 pages show, in a simple way, the family, student, scientific and medical life of José Gregorio Hernández. “Our doctor is worthy of being imitated, both in his human and spiritual virtues, because in his daily existence the two were combined with total naturalness,” said the interviewee.

Alfredo Gómez told Aleteia’s interviewer that Dr. Hernández had a total of thirteen siblings; he was the second of seven children that Benigno M. Hernández Manzaneda, his father, fathered with Antonia Cisneros Mancilla, his first wife. When José Gregorio was eight years old, her mother died after giving birth to a little sister who would bear the same name as her. Her paternal aunt, María Luisa Hernández Manzaneda, took charge of raising the children and became like a second mother. She, a spiritual woman, transmitted human and ethical values ​​to her nephews, in particular to José Gregorio, the eldest – said the interviewee. Don Benigno, after three years of widowhood, contracted a second marriage with María Hercilla Escalona and from this union six more brothers were born to José Gregorio.

José Gregorio’s father died on March 8, 1890, when his youngest daughter was only three years old, so José Gregorio was left in charge of his younger siblings. In the interview with Aleteia, Gómez comments: “José Gregorio never married, he did not feel the vocation to be a husband; and, on the contrary, he dedicated himself body and soul to educating all his brothers and nephews ”.

According to the testimony of Mrs. Magdalena Mogollón, included in the biography written by Gómez Bolívar, Dr. Hernández is ours…, José Gregorio made toys for the men consisting of simple things like “hats for martial parades” that filled the house of ruckus and rag dolls that her little sisters played with. Once the game was organized, he went to his room to read and write, because he “wanted to go to Caracas and be a wise man like his father.” Isnotú, in the state of Trujillo, is the name of the town where José Gregorio Hernández Cisneros was born on October 26, 1864.

José Gregorio made his home a “domestic church”, a training school for a balanced and fruitful life. “My mother – he acknowledges – that she loved me from the cradle, she taught me virtue, she raised me in the science of God and put holy charity as her guide.” From his father she inherited a firm will, fidelity to duties, and a sense of justice and prudence.

Following the biography investigated by the Gómez-Sotelo spouses, we found out that before leaving for Caracas to carry out his university studies, José Gregorio confessed to his father that he planned to study Law, but his father advised him to study Medicine “so that he could help many of his countrymen in Isnotú ”. He was a brilliant student who gained the appreciation of his teachers and some of his classmates. With Santos Aníbal Dominici, he shared studies, concerns, aspirations and confidences. The young Santos Aníbal was like a brother to him, to the extent of opening the doors of the family home in Caracas, where he seemed to be another member of the family and participated in pleasant evenings playing music “for the girls of the house.” They graduated almost together, they bought and shared publications to keep abreast of medical news in Europe; They supported each other to learn English, French and German. 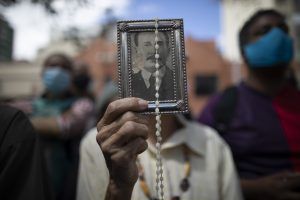 Dedicated with care to his profession

Milagros Sotelo, contributor to the biography Dr. Hernández is ours. Following in the footsteps of José Gregorio, he revealed in the interview with Ramón Antonio Pérez, from Aleteia, that Dr. Hernández did not like to get into cars and that he carried out all the errands on foot. Her husband added that “one day they gave him a horse carriage and in turn he gave it” to a needy, and also recounted an anecdote that occurred on the day of his tragic death:

“It was June 28, 1919, the day the Peace Treaty that ended the First World War was signed. Dr. Hernández, very early the next day, as was his custom, attended Mass. That morning he met a friend who asked him: “What’s wrong, doctor, why is he so happy?” Faced with this question, he replied overjoyed: ‘How can I not be happy, the Peace Treaty has been signed! The peace of the world! Do you know what that means to me? Look, I’m going to give you a confidence: I have offered my life as a holocaust for the peace of the world. Now we just need … ’. A joyous smile and a foreboding lit up his face. The friend trembled at the prophetic of his death. How could it be explained that that same day Dr. Hernández was killed by a car? ”

That June 29, 1919, after examining a sick old woman, he went to the pharmacy to buy her medicines, as she used to frequently do with her disabled patients. On the way back to the patient’s home, he was hit by a vehicle passing through Amadores street in the populated area of ​​La Pastora, west of the Venezuelan capital, and was mortally wounded as a result of the blow he received at the base of the skull, when he fell back onto the sidewalk. Legal file No. 32 included the name of the person who was driving the car, Fernando Bustamante, twenty-four years old. This has been acquitted, since the doctor “José Gregorio, wanting to cross the street and overtake the tram that was stopping at that time, did not see or hear the car, due to the noise caused by the braking of the tram.” The nervous driver got out of his car and helped the dying doctor. He put him in his car, for which he had the help of a tram passenger and took him to the Vargas Hospital to be treated. When they arrived at the health center they found that there were no doctors, only interns and nurses; They immediately went to look for Dr. Luis Razetti, José Gregorio’s friend, to attend to him ”, says Alfredo Gómez in his book. 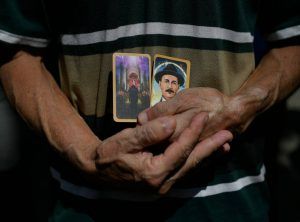 The chaplain of the Vargas Hospital, priest Tomás García Pompa – the interviewee continues to comment – administered the Holy Oils and gave him absolution. On his side, Dr. Razetti was in charge of certifying the death. The body was given to the family to be veiled. The inspector general of the Civil Hospitals and other doctors asked permission to embalm his body and honor him for three days in the burning chapel. His brother, his César, after thanking the gesture of those who loved José Gregorio so much, opposed it, interpreting the will of the late doctor who was always in his life so alien to all kinds of honors.

“Monday June 30 was a day of mourning not decreed,” say the Gómez-Sotelo spouses. “Spontaneously, shops, offices, theaters and other public establishments joined in a 24-hour closure. From the house of his brother José Benigno, the coffin was transferred to the auditorium of the Central University of Venezuela, where after receiving honors it was taken by his colleagues and students to the cathedral. At 7 o’clock in the morning, the Archbishop of Caracas, Monsignor Felipe Rincón González, officiated the Mass in the body present before the crowd gathered there… Outside, in the Plaza Bolívar in Caracas it was estimated that there were some 30 thousand people gathered. At the gates of the Metropolitan Church, people were crying out for the university students to hand over the coffin shouting: “Dr. Hernández is ours!”; They demanded that they, the people, carry him on their shoulders to his last dwelling place, and so it was, when finally his remains arrived at the General Cemetery of the South, at nine at night. Ω

(Synthesis by Gregorio Hidalgo Chávez, a Pauline religious from Mexico, based on es.aleteia.org/2019/04/23/biografo-de-jose-gregorio-hernandez-el-medico-de-los-pobres-merece- be-imitated).

IV World Day of the Poor