In Cuban poetry, a constant theme throughout its history is appreciable: the insular condition. In authors of the twentieth century, some definitions about the island and island sentiment can be distinguished, perhaps the most referred is that of Virgilio Piñera, with “the cursed circumstance of water everywhere”, while, for Gastotón Baquero, the island was “sound homeland of the fruits”, and for José Lezama Lima it was an “unnamed festival”.

Around the group and the magazine Orígenes (1944-1956), other poets of great significance were nucleared for the history of Cuban poetry, one of them is Eliseo Diego (1920-1994). In the foundations of the group is Cuba as an island, but this group of poets aims – and manages – to place the island in a transcendent dimension, so that the insular is an indissoluble part of the poetics and concepts of poetry of each of the ten fundamental members of the group.

Although in Diego’s poetic work we cannot recognize a postulate of equal synthesis regarding the island condition, the author held in his texts an tentative recurrence to the description of spaces that refer to the island and its edges. For if we take as a starting point his best known poem, In the Causeway of Jesus of Mount1 we will find multiple reminiscences to an isolated space, be it the house, the city, the island itself…, aspects that allow us to appreciate a tycocyte feeling towards the expression of the island condition.

The strength of each of the texts that make up this book is remarkable, they are expressive of a poet who knows how to handle words, who dominates in his hands the multiplicity of language and the weight he gives in the location of each poem according to the lyrical discourse that the book holds. 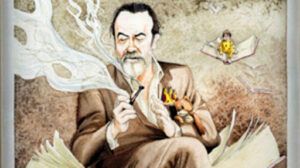 The recurrence of these topics confirms the hypothesis raised above about how the poet resorts to different forms that allude to the island: the light of the tropics; nostalgia for real or imaginary spaces; ships as symbols of the voyage and the passenger that comes in them; waters that are driven pressurized by clear rivers or accumulate in seas; the waves that reach safe harbor…, some of these topics relate to each other and give the poem a powerful discourse about the insularity, identity and personal vision of the poet about the space he inhabits.

Some of these topics appear directly and allow us to analyze based on the objectives of this study, where I try to warn how Diego has shaped a vision of the island and its contours. The mark of insularity is sustained as a constant in national lyrical discourse, perhaps it is the main characteristic within the tractus of Cuban poetry and its accentuated identity.

The feeling of heaviness is evident when he refers to another vision of the island, I sing to insular anguish now surrounded by the Catholic faith, with the certainty of a divine power, thematic very close to other appreciations of the originists: “How my name weighs, what solid patience to play its days / on this small island surrounded by God everywhere, / singing of the sea and irresponsible singing of the stars” [p. 12].

In another fragment, he compares the island as a geographical space with the island that symbolizes each body, each death: “that irreparable hierarchy / of wood, voice and arduous fire / on the round island of the wake” [p. 21]. On the islands he will return in the penultimate text of the book, where he states: “… the peaceful islands dream/weaving the snowy beards of the sea with their hairs / a loving canvas to pleasant stars” [p. 90], fragment from which I have extracted the title for this brief dedicated to the poet in his centenary.

The ships as travel symbols are referred to in several poems in the book, from the first text, entitled “The First Speech”: “Round slowly snouted naves of heavenly algae / wanted to go through the bay in quiet / beyond the fine starry breakers” [p. 11].

The traveler, an individual who seeks in other lands a better destination or travels for the simple pleasure of discovering other customs, is referred to in two very illustrative fragments of the poem. In “The Stranger” he mentions: “Passenger in white and soft linen / whom the afternoon erases among his golds, / with agile step and magical decorum / you go to night and your destiny” [p. 59]. On his attire he also wrote a few previous pages: “… some passenger in a Sunday suit” [p. 52].

In the Causeway of Jesus of the Mount holds an insular discourse from reflection on the waters, waters that appear as a poetic motif and become a recurring presence. At first it’s “… the noise of the waters that to the origin rush” [p. 11], or “the water sanctified my throat” [p. 25], or the moment where “… dusk the fresh waters in the sharp channel, / shade of alone water among blinded shadows” [p. 30].

The book is also expressive of other topics that would be worth referring to in other appreciations, from its verses dedicated to the house and the city, as urban spaces where family and social life takes place; Death is also a recurring theme within the notebook.

On the Causeway… it is part of a personal poetic that distinguished Eliseo Diego at the time of “better definition” of Cuban poetry in the twentieth century, where the confluence of voices marked the fate of an era. The tribute to the poet in his centenary is to celebrate the legacy of his poetry and that of his generation, because Elisha achieves the definition of the place where he is so well. Ω

1 All the fragments referred to are taken from the edition of Cuban Letters, Havana, 1993.

Gaztelu and Carlos Jesus: the honest simplicity of poetry