It’s 9:00 a.m and Maritza Sánchez Abillud settles in front of the computer to start the work day. Between this moment and five in the afternoon, you will respond to dozens of emails, review refurbished budgets, receive and make countless calls to or from each diocese in the country, correct the outstanding information to be posted on the institutional website or in the organizational profile of Facebook, interrupt these and other work with a “forward” in the face of frequent knocks on your door , you will have lunch in your office to set an example in the face of the strong estating you have imposed on the staff you lead, you will at some point feel the sinsabor and the weight of things that seem to have no solution and then Jesus will be entrusted, so that she and her team may be enlightened in the midst of these aciagos days.

2020 has been an unsuspected year, the year he planned his retirement after more than two decades directing Caritas Cuba and in which it was his turn, as a gift? farewell, face the covid-19. God has not given him a break, as if he were still trying it at the end of the long career of his professional life. Maritza, with the energy and faith that have always characterized her, does not stop. It has not stopped working since the day of March when it was decided to close the caritas units, implement telework, sustain the essential services. Even at the times of the narrowest quarantine he has kept going one day or two a week to that center which is his second home, and in the first house he will have to have as many papers as here, and so many or more hours of work accumulated.

Today, to everything that has always been appearing because of this leap year, you will have to add the answer to four questions that your institutional communicator has placed, almost embarrassingly, in your message tray. The e-mail will say something like “Maritza, when you have a chance answer this, please, it’s for the New Word interview”… 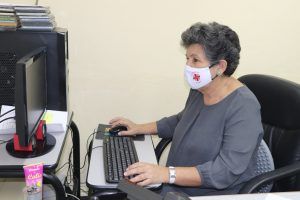 How did Caritas Cuba readjust his work in the face of the arrival in the country of covid-19?

“The role of the National Office of Caritas Cuba is to be at the service of the diocesan Caritas to encourage, accompany, manage necessary knowledge and resources; in short, coordinate all the work so that the network works in the spirit of Christian fraternity.

“Since March, when Europe was already suffering from the drama of the current pandemic, news and alert calls began to arrive from Caritas Internationalis and Caritas of the Latin American and Caribbean Region. Our family and friends, residing in those countries, also alerted us with anguish and concern to take care of ourselves, as the entry of the disease into the country was imminent.

“Then we decided to suspend all scheduled meetings, except the Board of Directors, which took place between 18 and 19 March at the Lay House and which we came to by observing all the protective measures that we consider relevant at the time.

“The most relevant agreements of that meeting, related to the health emergency situation above us, took into account the particularities of our context, which contributed to accentuating the vulnerability of the target groups of our humanitarian work. Specifically, the elderly, people with disabilities and those affected by HIV-AIDS were among the most at-risk groups. Our efforts, as an institution that embodies the social work of the Catholic Church, were directed not to abandon those most in need and to take care of our staff and, especially, more than three thousand volunteers who are mostly elderly people. No less important are we in contributing to civic responsibility, a decisive element in controlling the transfer of the disease.

“Based on these premises, it was decided to follow a particularized strategy in each diocese, according to its reality. In general, services that were not of extreme need were temporarily postponed and could put beneficiaries or their suppliers at risk (such as craft workshops, school reviews for children and adolescents, entertainment groups for the elderly, etc.), and efforts were focused, especially on feeding services (breakfast or food) for those most in need. At that time it did not go through our minds how long this award-winning time of uncertainty and fear, prayer and attentive waiting would be; nor do we suspect that it would be, to the same extent, a stage of growth, creation and innovation and a lot of work.”

When deciding to sustain, even during quarantine, that part of its services that are most vital to beneficiaries; What were the main challenges for the institution?

“Facing covid-19 was an emergency situation, but it has nothing to do with our usual participations in the face of those caused by atmospheric phenomena, for which Caritas has a national response plan.

“It cost us all and continues to cost us to assume the behavior that this reality demands; learn how to work from our homes, using fixed and mobile telephony as the only alternative for information, exchange and decision-making; fill us with patience and serenity in the face of the lousy connectivity of the email service, which has been – together with WhatsApp groups – the most widely used means of communication.

“As I said, we chose to maintain care for the most vulnerable and consider the food processing services of the Seniors Program of vital importance. For these, it was necessary to make modifications, taking into account several aspects related to the structural characteristics of the premises, number of beneficiaries, frequency and way in which the service was offered, available resources, etc. It is important to note that, from the volunteering of this Program, composed of about 2,059 people, more than 1,200 are 65 years of age and older; and that this most vulnerable fraction is concentrated precisely in food processing and laundry services.

“As the days went by, we saw with pain that several of our services were collapsing, due to the inability to purchase food in an even more undersighted market, with agglomerations and purchase limitations imposed in the face of the decay. The situation prevented us from buying the necessary quantities of products, but each diocese and service sought alternatives so as not to abandon the most unprotected beneficiaries. Some of the variants were to try to insert the most critical ones into Family Care Services (SAF), although in many cases they no longer had capabilities; some families in the communities assumed sharing what they had with beneficiaries close to their homes; in other cases, agreements were reached with private services that were drawing up takeaway rations and agreed on prices that the Program budget could cover… anyway, there were many initiatives and many gestures of generosity, but even so we could not cover everyone. That’s when we decided to give the beneficiaries of those canteens that they could no longer serve food an amount of cash, so that they could purchase hygiene items and food that were issued in their cellars, controlled by the rationing book, but at prices not subsidized, and that their purchasing power did not allow them to buy. So we remained for several months, until these services began to be revived in the diocese where the de-scalding towards the new normal began to be revived.

“So far, the quality of the rations before the pandemic has not been achieved, nor in many cases how often they were offered, because the market remains desabassed, food prices have soared and we do not have access to imports or the wholesale market.

“Cash and also material aid, albeit to a lesser extent, also reached families of people with disabilities and low resources to strengthen their protection with hygiene items and food.” 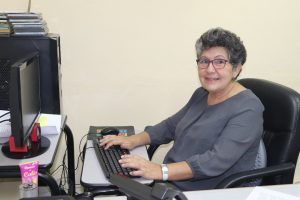 Among all the lessons left by humanitarian work in a pandemic and post-pandemic situation, which are the most notable?

“The certainty of our fragility and the need of God the Good Father; the need as an organization to develop a creative, innovative capacity that allows us to reinvent ourselves in situations like these; the use of technologies (from landline to mobile telephony with all its advantages), which has been fundamental to the Caritas network, even in accompaniment experiences, in experiences of groups that have generated new spaces in virtuality to continue to ‘see’, continue to interact, know about each other’s health, share documents, tips, readings, prayers, cheer up…

“The independence of dioceses and the practice of an even greater horizontality in the structures of the organization, although it is something that we always look after and that is promoted from the national office, in this time we have experienced more the search for answers from the base, having to solve with our own efforts and initiatives.

“The lack of resources at a macro level led to a greater presence of the Church and the community giving their personal contribution, each within their immediate radius of action; there are many experiences that involved the community (both parishes and neighbors) in the work of Caritas.

“And so many other signs that ensured that temples were closed and the Eucharist could not be celebrated, but the Church was open and making Jesus present with those who needed it most.”

And in the face of the new normality… are we the same again?

“This reality has marked us deeply. On these days I come to the office almost every day, I stared at my table schedule, always so helped at the end of the day to know if there is any commitment to the next. Below it, what we planned for this year 2020 in December 2019. Both have been untouched since the pandemic began. We have been working every day for months what needs to be done for the time being, as we can, and trying to secure the future, mediating between dioceses and our collaborators.

“At the stroke of need we are assuming that we cannot come to the center in the same way, because we must with responsibility follow the protection protocol; that we cannot organize face-to-face meetings, as we used to, to form, train, evaluate, plan, pray, and discern in strong liturgical times. now we have to look for other ways to do everything, because what you can’t stop doing, and evaluate and learn from those new ways.

“This situation has taken us out of the schematics and whatsApp groups, virtual workshops with different methodologies, have proliferated. In dioceses, accompaniment has been the main protagonist of these times. The training meetings are much closer, having to organize them locally with few people, and diocesan training teams have had to work hard to adapt the contents and methodology to each reality.

“We thank God for all those who have not resisted the need to reinvest and reinvent themselves with the humility and dedication that circumstances demand.

“We thank all our collaborators in Europe and the United States, because even though their countries have been deeply affected, they have remained close and with their hands outstretched to continue to accompany us and support us with resources that are scarce for all, sharing and united in communion so that the Lord may be present in the midst of so much anguish, protect us, and guide us.

“Thanks to Mary, our Mother of Heaven, who reaches us from her son protection from sickness; and to all those who, overcome fear of contagion and serving with responsibility, have been God’s merciful hands.

“In that God, Father Well, I hope we get out of this time being better, so be it.” Ω