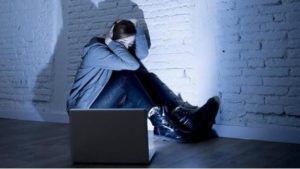 Although a new era of internet possibilities and connections begins in Cuba, through mobile devices or other accessories, the idea that these advances involve challenges and responsibilities only for the younger ones begins. Adults and the elderly still retain their traditional agenda for planning and storing information of personal or work value. However, change is imminent. New ways of communicating and relating have emerged. Practically everything that was usually done face-to-face, a computer or cell phone today makes it a transaction between zeros and ones, wirelessly. With several years in arrears, Cubans have entered into a reality that demands knowledge, because, mainly the younger ones, it could place them in a situation of unwanted vulnerability. Therefore, we will address those games and competitions, the practice of which, through the Internet, is dangerous and deadly.

While the end of every game is to entertain and amuse, for some time the practice of some entertainments has become a form of interaction on social networks (Youtube or Instagram with challenge tags) whose end is fatal.

The beginnings of this type of macabre recreation date back to 2010 with Balconing, a game that in Spain claimed eleven fatalities, who decided to jump from the window of a tall building to a swimming pool several meters below. Then it became known, in 2015, the Charlie, Charlie, who encouraged teenagers and young people to have supernatural experiences. By this time, many adolescents (the group most vulnerable to curiosity, social pressure and boundary-setting) suffered severe trauma and affectation.

Today the subject becomes much more complicated. New viral challenges are still emerging that, due to their danger, generate real panic.
Fire Challenge, new fashion in the United States, seeks to gain five minutes of fame. The challenge is to spray your body with a flammable substance like alcohol or spray and then light a lighter to start burning. After a few circle turns, the burned ones head to the shower with the innocent peace of mind that with a little water it all ends and leaves no sequels. Clearly, those who add to this phenomenon are unaware that burns are usually for life; that, at best, may come death, as has already happened to a young man who did not overcome second-degree burns, courtesy of the Fire Challenge.

Knock out was another viral phenomenon that new york City experienced last year. This challenge is to approach a random person who walks down the street and strikes him so hard that the victim is left without conscience and not knowing exactly what has happened. Children, women or the elderly can be the means to achieve a moment of popularity on the Internet. Thanks to the search for approval and social recognition of these teenagers by the group of their “mature” friends, several people have lost their lives, as is the case of a man of forty-six years who lived on the street and who, after being beaten, fell against a fence, which caused him a brain injury that caused his death.

These are not realities that belong only to the United States. Last year, Russia ignited alarms when local publication Novaya Gazeta warned about an Internet game that had gone viral and whose consequence was an eye-catching wave of suicides. Since then, the game has not stopped and more and more participants are in different parts of the world.

It is the internationally known as Blue Whale or The Blue Whale, a dangerous entertainment in which no one wins and that has led hundreds of Russian teenagers and the rest of the world to suicide. The challenge, which spread on the Russian social network Vkontakte in May 2016, consists of a kind of fifty challenges or levels ranging from drawing a whale with knives in the arm, maiming people, spending more than twenty-four hours in a row watching horror movies, ingesting drugs, killing the parents themselves, to the final instance of jumping off a balcony to kill themselves. Circumstances can become even more complicated, because through a chain that circulates in instant messaging applications, it is noted that if those involved do not meet the challenges, they will receive harm to their person and even their family. Its creator, a Russian named Philipp Budeikin, a former Psychology student expelled from his university, claimed that his purpose was to “clean up society, pushing suicide to whom he regarded as useless.” Apparently the term “Blue Whale” refers to the phenomenon of strandings in cetaceans, which is compared to suicide.

The most curious thing about this event is that fan websites are created to these practices; users from all over the world compete with each other and claim that “doing this makes sense of their lives,” and that “the emotions experienced are unique.”

Some have been attempts to curb this phenomenon that continues to claim lives globally. Authorities in several countries have arrested Facebook Page administrators who incite “gambling.” On the other hand and as a mitigating solution, La Ballena Rosa has arrived, a very good response created in Brazil and consisting of carrying out fifty tests, as well as in the “killer game”, but with positive actions that combat depression, insecurity and suicide. Evidence such as: “A day goes by without saying negative words” or “Praise a person who suffers from bullying”,1 are presented in this new proposal that seeks to stop a phenomenon that has already arrived in Latin America.

I do not know if this malicious “Blue Whale” has reached the shores of our beloved Island and caused any harm to our teenagers; but as the saying goes, “war warned does not kill soldiers.” Ω

Note
1 Bullying: Physical or psychological harassment to which a student is continually subjected by his/her peers.

Internet: an open door to the world

Poetry Competition San Cristobal of Havana: a city, a faith. On the occasion of the next celebration of the fifth centenary of the founding of the Villa de San Cristóbal in Havana, the Archdiocese of […]

As has happened in the last twenty years, on March 17th the Terry Fox Marathon for Hope was run in Havana, a symbolic three-kilometre tour of several avenues in the city center, with start and […]