For a few years now, he has been rolling down a sentence for cyberspace that Umberto Eco stated in an interview and returned to on some occasion or another. The text crudely stated that social media had managed to give the idiots a voice and that we were suffering from the invasion of a legion of. In fact, in the face of many current events, the writer’s words need to be reviewed. 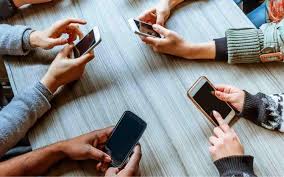 A fulano equis claims, in the 21st century, that the Earth is flat. After arguing, it invites the user to go to his website and download the book and video of his authorship (and, of course, to pay for it) where he explains it best. In such cases, they abound, at least we see to the clear that the terraplanist simply seeks to scam the pocket of the unsuspecting passer-by. However, when hundreds or thousands with such ideas come together in a group on the networks, they begin to generate serious distortions. For in such communities, where there is no moderator or control of what is published, countless idiocys come to light and even exalt prophets and discoverers of the supposed new and revolutionary knowledge. And, sadly, it’s easy to see how many other idiots fall into such traps and make common cause of any dislate, no matter how capital.
As Echo rightly says, these were those fools who spoke at a bar bar, without harming the community, and were promptly silenced. But now, the Internet “has promoted the fool of the people as the bearer of truth.” In other words, idiots “have the same right to speak as a Nobel Prize,” said the Piedmont writer. As an example, it emphasizes that a person with culture, with education, can easily differentiate the hoaxes from the truths, but younger audiences or lower-level educational people can fall into the trap. Especially since for many the old axiom still survives that if the press says so, or now the Internet, it is true. No critical look, no questioning. 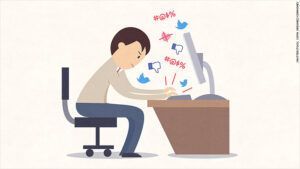 The rise of fake news calls, or fake news, on digital premises is worrying. The Echo itself emphasizes that before, in the writing of a newspaper, however bitter, false or brutal, there was still some control over what was published. Now it is the realm of absurdity and lying and a single person can hang on the web an information and make it global in a few minutes. In addition, each lie finds immediate bounce in thousands of opinions, new and worse versions, and fast cove in the imaginary of many people. The worst thing is that they are assumed, without any analysis, as unquestionable truths.
Today, not only false news is published for political purposes. Forums are now created to prove that reptilian aliens dominate the world, that with each Bill Gates vaccine he will put a chip on every human being that will allow him to control it from some secret sect or that many paranormal fantasies and urban or folk legends are entirely true. It is done, not as fun, but from affirmation and certainty, giving them as totally true, according to their defenders.
Similarly, an artist, an athlete or any public figure is discredited or exalted, with certain or fabricated events. An association of doctors can even be created to say that vaccines are not working and that there is no such thing as coronavirus, nor does Covid 19 exist. To arouse the wrath of the many who for months have lost sleep and risked their lives to save millions of infected people across the globe. And to add unprotected idiots to the side of the sick and the dead. 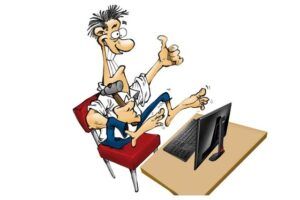 That is why it happens that there is a manifestation of thousands of people defending the human right not to carry nasobuco in a mandatory way. Forgetting the human right of others not to be infected and to despise every scientific basis. That’s why on a beach they gather infected and healthy, at a party of resignation, to prove that the coronavirus is fake. That is why there are groups that, without any scientific preparation, reaffirm terraplanist and anti-vaccine theories (or any other) quoting the same Bible verses, nostradamus prophecies, as exclusive and ultra-secret research filtered from the Pentagon, KGB or pyramids of Egypt. That’s why we find forums where, as ingredients in their own sauce, members react angry and offended if someone disputes, with science and logic, the crazy arguments they can come to enunciate or defend.
Unfortunately, the customary idiocy of homo sapiens, such as creating weapons capable of destroying the planet two or three times or contaminating the environment with nuclear or plastic waste, and annihilating entire species of flora and fauna in passing, we now add new nonsense. As if to give reason to a certain phrase attributed to Albert Einstein, who is said to have equaled cosmic space and human stupidity in infinite dimensions. For the time being, the are on the offensive. Let’s see how we stop them.