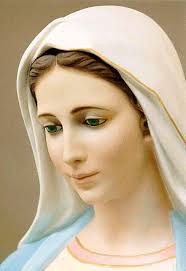 II. The Iconoclastic Crisis
The twentieth century is of great heyday for the orien-tal patristic, but the iconoclastic controversy also arose (725-843). It is a topical topic because of the rise that “icons” have today.
For orientals, icons are sacred-mental signs, symbols that act. They are painted according to strict rules of tradition: no perspective, no movement, no shadows. There are icons of Christ, Mary, and saints. They are as revered as the Word of God, because they are considered an expression of the mysteries of the Christian faith. Mary’s icons are very important for Byzantine and Greek iconography. In order of importance, after the icons of Jesus are those of Mary.
Christian iconography emerged as early as the 3rd century, but it always had some detractors. It is a problem in which several factors converge: unresolved Christological issues (iv and v century), theological, cultural and political reasons.
Culturally, Greek-speaking Christians liked sculpture, but in the early Christian centuries that was a symbol of paganism, so statues and three-dimensional art were condemned, in favor of two-dimensional painting.
The Christians of Syria and Armenia (easternmost part of the empire), were contrary to all kinds of images by their culture and by monophysit influence that eliminated the human nature of Christ.
At the religious and ideological level, there is a confrontation between Byzantine Christianity and Islam. The emperor and caliph were political-religious chiefs. The emperor chooses to be more spiritual and monotheistic than the caliph himself and tries to eliminate all kinds of images that evoke god’s presence. In turn, Gnostics accuse those who venerate icons of idolatry and materialism because they regarded the incarnation of Christ as an aberration of fools.
The neoplatonic and originist Greek influence maintained the “monist” and “spiritualist” philosophy that disqualified everything material. In this sense, they did not admit images of Christ because he was glorified and could only be contemplated with mind and spirit.
In 717 Emperor Leo III, the Isaurium, a general who defeated syrians and Arabs, ascended to the throne. He laid the groundwork against the images and in 730 published an edict prohibiting the worship of the images, but some bishops opposed them. He sought the support of the Roman popes (Gregory II and III), but they did not give it to him, but condemned him. This is how division and internal struggle arise. Iconoclasts were monophysitas and iconophiles were Chalceonians.
To Leo III, the Isaurium was succeeded by his son Constantine V, Copronicus, who continued with iconoclastic politics. He gathered a council in 754, where parents approved of practical provisions, but not theological motivations. There was dissent and other councils gathered in Jerusalem and Rome (Stephen III). The emperor then opts for repression and persecution of monks.
Leo IV, son of the Copronicus, and his mother Irene were more benevolent to the iconophiles. The Council of Nicea II (758) met with Irene’s favor. This ecumenical council is also attended by parents of Rome and the value of the images is proclaimed. The distinction is made between latry worship (God only) and the cult of images and relics (also called proskynesis: worshipping or praying on your knees).
Leo V was an iconoclast, but found strong opposition in Patriarch Nicéphorus I, who was exiled, as was his predecessor Germán, by Leo III.
Finally, the Empire of the East was diminishing and Emperor Theodora, antioquena-prone (two natures in Christ) restored the cult of images and proclaimed the “triumph of orthodoxy” in 843.

After the victory of orthodoxy, the docu-ments and writings of the heretics were burned. We only have indirect testimonies from iconophiles or friends of the images. Apparently, the patristic sources of the iconoclasts were Eusebio of Caesarea and Epiphany of Salamina. They also resorted to biblical texts from the Old Testament.
His arguments were as follows: if the images and icons represent only the humanity of Christ, that is nestorianism (which denied the union of natures in Christ); if they want to represent both humanity and divinity, they overshadow and materialize divinity; if icons represent divinity and humanity united, that would be monophysism (which denied human nature).
However, these arguments do not make sense after the Council of Chalcedon (451), where the dual nature of Christ was clarified without division and confusion. Iconoclasts considered images identical to the prototype; therefore inadequate, since they cannot truly represent reality.
Egeria has a testimony of the veneration of the images, when he talks about a letter in Sirian and an icon that was given to him on his journey to the Holy Land.
The Council of Trullo gave legitimacy to the images of Christ. By 730, Germán de Constantinople, in front of the edict of Leo III, had taken sides in favor of the images. They claim that the person depicted is venerated in the icons and not the nature, matter or painted figure. The Council of Nicea II (758) distinguishes between the cult of latry and dulía and hyperdulía.
Germán wrote three letters to the Bishops of the East to explain and defend the cult of images. Andrew of Crete left a brief treatise on the veneration of icons and gives examples of akirograph images (not painted by human hand).2
From the twentieth century onwards, the veneration of images is a practice and tradition in the Church. Juan Damasceno defended the images based on the incarnation of Christ. He says that the veneration of icons implies humility and submission.
The desliteration not only by bending or kneeling outwardly (proskynesis), but as an attitude of inner submission. Absolute worship is addressed only to God: praise, request, thanksgiving, repentance.3 Relative worship also yields to God, but through the people who are close to him (Mary, the saints) or the things and places that are in relation to him (relics, the cross, Nazareth, Bethlehem, Golgotha, Sacred Scripture, chalice, altar , the patena, the icons).
Veneration and devotion are given even to the people we love and respect: parents, friends, family, authorities, teachers, benefactors. Therefore, it makes sense to venerate images (paintings or sculptures), always in relation to Christ (Incarnate Word) which is the visible image of God invisible, the Word made flesh.

III. Other Marian authors
Eastern tradition in the ninth century
At the end of the iconoclast controversies (843), there is a great desire for culture, especially among monks. This period of cultural rebirth in the East coincides with Carolingian reform in the West. Some important authors of the Eastern Church in the ninth century are Theodore Estudita, Theophanes, Epiphany, Nicetas, Focio, Leo VI, Euthymius, John the Geometra, Focio and Simeon Metaphraste.
Teodoro Estudita was born in Constantinople to a courtesan family. His father was the emperor’s civil servant. He favored iconodulia, was an advocate for the images. At the age of twenty-two he went to the monastery of Sacudi and at thirty-five was appointed igúmeno or prior. He was a great innovator of monastic life. He wrote a Rule, hymns, Marian antiphons, and ascatic works. Exiled, he died outside his land. It was influenced by Basil and Pacomio in cenobitic life.
He defended the images of Christ and Mary to be consistent with the incarnation of the Word, for the humanity of Christ is not appearance (gnostic twelvethism). The person of Christ cannot be separated from his image or his name. (Whoever desecrates the name or image of someone is attacking the person.) We venerate the reality that is represented to us, not the nature or color of the painting.

Mary was a privileged witness of the Incarnation and that is why she can also be represented. She is holy because she is Mother of Christ. It makes the parallel Eva-Maria. Marian devotion implies submission, love, and reverential fear.4
Focio was born around 810 and was a great personality of the political, social, cultural and religious life of Byzantium. He’s the father of Byzantine humanism. He was a great scholar and scholar. In 858 he became patriarch of Constantinople. He wrote letters, homilies, royalties, and many other writings.5
Focio recounts the spiritual beauty of Mary whom she considers a living temple. She had no fault or flaw in her faith. As a good scholar, he gathers many testimonies about his holiness and virginity. See in The Annunciation6 God’s depositions with humanity through Mary. She is a divine thalamus of God’s nuptials with men. He also considers her Wife and Consort of the Word, Mother of the Church (of the faithful), because from the side of Christ the Church is born. Focio also preaches Marian mediation and intercession: it is refuge and protection.
Simeon Metaphraste was born in Constantinople in the early twentieth century. He died around 1,000. He was in the service of the empire, but became a monk at the end of his life. He has left several works, among which stands out the Menologio (biographies of the saints). About Mary he wrote a Life and some speeches.
Life was composed for the Feast of Dormition as praise, without historical eagerness, and is based on texts by the parents: Gregorio Niseno, Athanasius, Dionysus. His narration is confirmed by evangelical texts and he tries not to contradict Scripture at all. She exposes episodes of Mary’s childhood, the birth of Jesus and her life.
Mary, with the Son, even at the Last Supper, in the Passion, next to the Cross and outside the tomb, also presents her as the first witness of the Resurrection. In the Dormition he refers to the apocryphals. His body was taken to a tomb in Gethsemane, but three days later, the tomb was empty and only his garments remained, taken to Constantinople, to the sanctuary of the Blaquerne. Ω

Notes
1 In Western theology, the original sin is regarded as the personal sin of Adam in whom we all sin. In the East, original sin is an inherited misfortune along with corruption, passions, and death.
2 Among the akirographer icons are the Face of Christ given by Judas Tadeo to King Abgar of Edesa; the “Mandilion” of the Veronica; the Madonna of Godpolis (Palestine) which was miraculously painted after her death on Mount Zion; the images of Mary painted by Luke, one of which is venerated, according to tradition in Santa Maria Maggiore.
3 The son that loveth the Father and the Lord repents: he fears to offend him when he thinks of the Father; he is afraid when he thinks of himself, what is lost in good or punishment.
4 Between fear and hope, the Christian life advances. Fear is altruistic because it looks at the other and looks at God. Fear is self-centered because it looks at oneself and punishment (it is typical of the child and the slave). Trust, abandonment and love arise from our divine affiliation.
5 Cf. Migne: Patrologia Graeca, volumes 101-104.
6 The Byzantine calendar begins on 8 September and ends on 29 August.

Solemnity of the Assumption of the Virgin Mary

The Marian patristic tradition of the East (v-vii centuries)

After a life dedicated to the service of God, the Church and the Cuban people, Cardinal Jaime Ortega met with the Father. The dossier works are intended to reflect this in its many facets. […]

The Eagles in the heart of the Cibao

The Cibaeñas Eagles are not one more team of the Dominican Professional League. In his heart comes all the feeling of the Cibao region, whose capital is Santiago de los Caballeros and where many claim […]