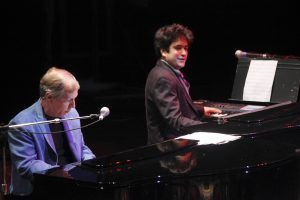 It’s The Family. Because they are called that when they join to play and because they are a pride of Cuban families. At the Martí theatre the López-Nussa dazzled the audience with a mastery that leads to reverence.

The performance, also with trumpet Maikel González and bassist Julio César González, both golden, showed a Harold on the piano and a Ruy Adrian on the tireless drums and drawer in what seems like a personal decision to always go forward: progress in his careers is undisputed. In one of the pieces, Ruy Adrian accompanied his brother Harold with the drawer and proved to be one of those young men who did not quench his musical thirst until he mastered as many instruments as he can. As Ernán warns in a dvd dedicated to them, thanks to the piano that Ruy Adrián studied, he plays a great drummer, “or the drawer, the bongó or whatever they put in his hands”.

From Ernán there is not so much to say beyond how much has been written around his creative talent playing the piano and composing pieces such as Figurations or Dinga, Dongo, Dunga, performed on Saturday night with his usual performance of brilliance. 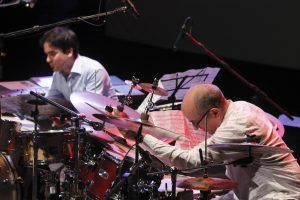 As for Ruy, already a dean of Cuban drummers, it is only possible to continue admiring him from the cleanliness of his way of playing drums, a style that continues to combine with his passion for teaching, supported by a book on Cuban rhythms in the percussion he wrote and which, by the way, still suffers a long wait for publication in Cuba.

The program, similar to the one they performed in Washington last year during the Arts of Cuba festival, was as varied as it was professional and fresh, conceived with the simplicity of good art, which knows how to vibrate without boasting or poses.

As the four Lopez-Nussa compose, the program was marked by pieces from each of them, to which they added from Puerto Rican Rafael Hernández and the American Wayne Shorter, so from start to finish the repertoire was like cavalry marching.

At the conclusion of the recital, the euphoria of the public reached the stage, where the López-Nussa, Maikel and Julio César González collected the harvest and said goodbye, thus giving the only sign of grief: the dream ends, we have to return to reality.

The Bethlehem arrives at Havana Cathedral

Singing to Havana in its half-millennium