The National Series and MLB on the same plate

The 60th National Baseball Series is already in its fourth week and I haven’t seen all nine single-game innings yet. Not even my strong love of the sport, born before the emergence of this league in Cuba, has been able to keep me tied to television. At some point I get disappointed and change the channel or turn off the device.

I probably haven’t had any luck. I don’t think every game of the very young season was bad. But, in essence, that’s not what it’s about. It’s the overall quality of that baseball that’s taking me away from the screen. Pitchers who can’t find the strike zone, or who can’t pick up a batter they had almost dominated; players unable to make adjustments in their at-bat; gardeners who throw in the wrong place; unconcentrated runners who ignore the gambling situation; and strategies that seem drawn from an old book.

And it is precisely the last, the technical and tactical thinking of the bodies of leadership, one of the things that discourages me the most, that displeases me the most. Occasionally, such it seems that they play a ball from several decades ago, distant from the evolution that baseball has had.

In the newly started season, you have seen bulging scoreboard games that appear to be from other sports. There is a notorious imbalance between offense and pitching, to the point that the batting average in the tournament exceeds 300. 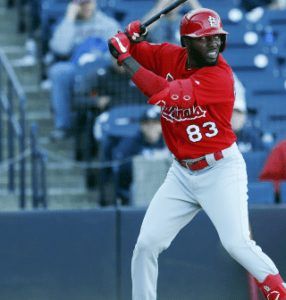 Serious problems in the pitching area are a headache for technicians, as openers explode very early and there is rarely a parade of pitchers in the box to try to contain the opposing offensive, so it is difficult to maintain proper rotation of openers and preserve the roles of relievers.

It is precisely in pitching that the biggest deficiencies of the current Cuban ball seem to be, at least it is what is reflected in the National Series. But there’s another indicator pointing in that direction. There is not a single Cuban pitcher right now that stands out in major leagues, except for the closeers Aroldis Chapman and Raysel Iglesias, who belong to a generational group that emigrated a few years ago.

Cubans, however, are well represented in Major League Baseball (MLB). After the Dominican Republic and Venezuela we are the largest foreign presence in the best baseball in the world, despite the dark mazes that our athletes must navigate to get there. In this presence there are platoons of the island with very outstanding performances; and some, brilliant.

If in the past season several of them were leaders in offensive departments, such as Jorge Soler (jonrones), José D. Abreu (RBI), while others achieved much-renowned distinctions, such as Yordan Alvarez (rookie of the year), or Aroldis Chapman (reliever of the year), in this reduced campaign the players of the island have also made merit. José D. Abreu is the biggest candidate to be elected American League Most Valuable Player, Luis Robert Moirán was leading the young circuit rookies until September, and rookie Randy Arozarena is stealing press headlines in the postseason for what he is doing with the Tampa Rays.

Named players, and others, are benchmarks for analyzing Cuban baseball in recent decades, establishing generational differences. When José D. Abreu, Yulieski Gurriel, Kendrys Morales, Yoenis Céspedes, or Alexei Ramirez arrived at MLB, they had already proven their enormous talent on the island; instead, Jorge Soler, Randy Arozarena, and the rest of the younger ones, had not developed their potential, although – several of them – played in the National Series.

But it is striking that the talent of a good part of those who recently reached MLB has not been properly identified by the island’s technicians. The most notorious example is that of Arozarena (Arrozarena in Cuba), who after having had a remarkable 2014-2015 season with Pinar del Río, was excluded from the Pinareño roster for the Caribbean Series to include several players from other lower-yielding ensembles.

That year, the 19-year-old was the team leader in runs scores (29), OBP (414), and quarter-in-box (293). As a curiosity: the direction of the Pineans chose the tunero Yordan Alvarez as reinforcement in the postseason. That is, the team of that province had on its payroll two of the most impacted newbies in MLB in the last two years. But neither did the future American League rookie of the Year go to the Caribbean Series.

The “reasons” why Cuban baseball executives, in recent decades, have left out the selections many young people like Arozarena and Alvarez – and others not so young – are two: the fear of desertion, and the commitment to long-term players (even if they have already passed their best time), whom they also consider very reliable (unable to stay in another country).

This clumsy policy – the sown players and exclusions – has wrecked the Cuban national team over and over again, contributed to the decline of that sport, but it has also precipitated the flight of many talents who, perhaps, if they had received another attention, would not have made the risky decision to emigate.

Those of us who follow baseball, inside and outside, go full throttle in October: every now and then we watch a National Series game, and we’re on the lookout for major league postseason development. We already know that in the World Series there will be a Cuban presence, at least for the American League. Between the Astros of Yuli Gurriel and Aledmys Díaz, and the Rays of Randy Arozarena and Yandy Diaz, will be the champion of the young circuit, the challenger of the National League champion (Bravos or Dodgers).

The ball is still at stake.

Randy Arozarena, a Cuban on top of baseball

Baseball paradoxes and their fans on the island

Lumberjacks, crocodiles, and the swamp

In Cuba, the winds of the greatest blow