The 2020 leap year that began on Wednesday will be set to fire in human history by the uncontainable transmission, to the five continents, of the SARS-CoV-2 virus, which causes Covid-19, a spread initiated in China during 2019.

Covid-19 has claimed many lives and tested, in crisis management, very diverse governments and states of societies: from the most democratic and open, to the most authoritarian and closed.

But it has also tested us, that we are living an uneedited, unimagined experience, and we do not know exactly when and how this nightmare will end. Nor what will come after it’s over.

Much has been speculated about it, to the point of reaching the (almost) saturation of the subject, but not by looking the pandemic the pandemic will no longer be there, like the dinosaur of Monterroso. Every day we get up and lie by his shadow.

As other publications have done, we wanted to consult the opinion of a group of intellectuals to inquire about their particular experiences during all this time, to know how they have spent it, how their days have elapsed, what they think about this present, and what they expect from the future, how they imagine it. 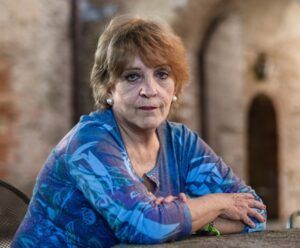 Maggie, how have you lived these months of lockdown? Did you make the most of it?

“These have been rather confusing, blurred and even disparate days, when the nights have been confused with the days, Sundays with Thursdays, lunchtime with that of food. In the midst of closure, the freedom of a time has arisen that responds to a dynamic more aate to the bodily rhythms, to the needs of expansion of the spirit, to the pleasure of leisure: not of the banally industrialized in hotels and airports, but of that mentioned by Montaigne, who allowed him to write his essays: that of a free and gyrovagant thought, which can be stopped in any reflection , ‘abandoned to his own strength’. The interior space can be extended to the same extent that the outside space remains forelocked. After the first days of alarm, tension, incorporation of new habits and excess news is imposing the tranquility of the gathering. After some challenging obligations, such as digital classes and remote tutoring, I was even more a owner of my own time.

“Yes, I think I have taken advantage of these months in a dimension far from the immediate utilitarian: time recovered to dialogue with myself, to make difficult counts so often postponed, to make readings deferred by other demands, to write for the sheer need to do so, not knowing where those words will go. In such an uncertain context, where the possibilities of publishing books were already closed since before the pandemic by the lack of paper, there is only the need for expression in its most primal sense. In this dispersed and unprecedented work there is also a still fuzzy novel project that continues to advance.”

“They are not exactly conclusions, but I have thought quite a bit these days on topics as universal as life and death, the different ways of assuming them and the very diverse reactions of the human being to such a threat. One of my readings has been Diary of the Year of Daniel Defoe’s Plague, and I have been overwhelmed to see how, despite the centuries that have elapsed, there are similar responses of man to a danger that, at times, outscaths his capacity for understanding. Such an event exposes the best and worst of the human being, enhancing flaws and virtues not only of the individual but of their society. At the same time, it shows how easily common sense, sanity, rationality can be lost. The responses of the inhabitants of London in 1665 were not very different from some that have been seen in the middle of the 21st century, and that leads me to realize how despite all the development of today’s world, including the advancement of the sciences, selfishness, vanity, greed, arrogance, excessive attachment to material goods , so visible in today’s world.”

What teachings could leave us, as social beings, this time cloistered?

“More than the confinement—which in my case has been not claustrophobic at all—I believe that the enormous media coverage related to the pandemic and the collapse of the health and funeral systems of several nations has made it even more apparent that the world has been upside down for some time. I am concerned that many of the efforts made to control the virus are aimed at a return to that abnormal, unfair and alienating ‘normality’ of the pre-pandemic world. May the obligatory pause in this dizzying and run-down race, which respects no borders, help reverse the ferocious policies of looting and extortion, the enrichment of some at the expense of others who are part of that ‘normality’ in which we have lived until a few months ago. It would be extremely frustrating to see the same outdated, cruel and immovable schemes return that impede the fuller and fairer development of the human being, while leading to an increasingly remarkable loss of values. It is as if lies, manipulation and shame have so enthroned in today’s world in an unstoppable dynamic that at times seems irreversible. I find the idea of returning to what is already called the new normality very unpleasant. And not precisely because certain epidemiological measures have to be taken, rely more on digital media, or use nasobuco in certain contexts, but because I fear that this new normality will be very similar to the previous one, reproduce the same patterns and we have to continue living in a world where values continue to dominate that far from contributing to the improvement of the human species tend to promote the worst of this , including epidemic idiocy and attachment to the banal.”

How do you live up the post-pandemic future?

“I am a little pessimistic when I look forward and try to give some answer to that great question mark, threatening and open, with which the future is drawn. The pandemic disaster—or rather evidenced by it—is a new example of the suicidal path followed by humanity: destruction of the planet, depletion of its reserves, extinction of species, communities and languages, lack of investments in public health and education, in short, what has already been known: contempt for life and nature for the sake of unbridled and insatiable enrichment of a minority. The staging of the pandemic through the media, apart from the intense tragic and shocking burden of some of the situations shown, has come to acquire burlesque tones, of a level of lies and shame that provokes confusion and fright. I feel that the crisis of ethical values has spread like cancer and has reached a point where it will be very difficult to regain credibility in institutions.

“I didn’t understand much about the concept of post-truth, and even now I don’t know if I understand it in its real meaning, but I feel that this chaos of lies, frauds, distortions, euphemisms and concealments for political purposes to maintain the power of some has reached such extremes that the truth seems to become one more token that has been prostituted. There are, of course, the principles and scale of values that one maintains individually, but they seem to be of little use, especially when proclaiming them may seem anachronistic and trigger an avalanche of attacks, censorship and retaliation that tend to disqualify them. To the uncertainties that prevent us from setting up an image of the future, is added this bewilderment at the present itself that is also quite daunting.”

Today and Tomorrow of a Pandemic (1)

Today and Tomorrow of a Pandemic (2)

Today and Tomorrow of a Pandemic (6)

Today and Tomorrow of a Pandemic (10)