Almost every film Danny Trejo appears in denies Oscar Wilde’s aphorism: “Life imitates art.” His supporting roles, in general, have come to reproduce much of his experiences as a human being before becoming an actor. They have also contributed to “tracing” what Trejo might represent in a first impression: the Latin American trying to make his way into the glamorous and elitist Hollywood universe. 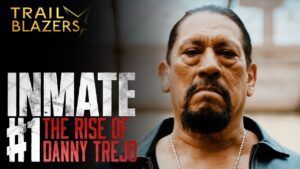 With Inmate 1. The rise of Danny Trejo (Brett Harvey, 2019), written by Harvey and Scott Dodds, corroborated what we already knew: arrested several times and under the influence of one of his uncles, Danny Trejo served years in prison at San Quentin State Prison, the oldest in California. During his stay he was given the famous tattoo that identifies him in the cinema, while eventually becoming a boxing champion. Despite, or thanks to that hard face, interesting for the caricature for its rough and well-marked features, numerous papers came (and still come) as a ring to the finger.

From his foray into The Train of Hell (Andrei Konchalovsky, 1985) to Machete’s character, Trejo is by facial expression and physical skills, an antagonist or a hero to consider. However, it was Robert Rodríguez himself, director of the Machete saga, who would reveal another histrionic side of Trejo concerning comedy, to the most peaceful countenance. Subsequently, we have appreciated it in roles of some providence on stage and even comfortable in dialogues as in the recent The Brief Story of a Long Road (Ani Simon-Kennedy, 2019). Trejo, let’s face it, he’s not an Anthony Quinn. But it can become more expressive than even the celebrated Edgar Ramirez, a charming actor who often repeats – like my dear Keanu Reeves – the same imperturbability in such different dramatic situations. Trejo has an undeniable stage force. Simulated violence triples when you’ve even been asked for a small dose. When asked for equanimity and kindness in the scenes, he is an intelligent and jovial child. You’d say he has intuition and charisma. He never needed to be a gallant or have the big body (though he did) to convince him that he was a remarkable character at decisive moments like the Desperado Knife (Robert Rodriguez, 1995).

The most striking thing about Inmate 1 is that it’s not part of the cinematic man. Fragmented scenes from films do not begin the beginning of the documentary. The purpose is to share a life experience, where a categorical and influential transformation has been operated. It’s not the usual biographical documentary about a relevant actor. Opinions from family and friends, directors and actors are interspersed. Through personal and professional anecdotes, they expose the human being behind those derogatory characters that Trejo consciously assumed, and then watch them die as they deserved on the big screen, perhaps by prolonging the stereotype of the Latino emigrant, thief, murderer, drug addict and even of that quaint subject for moments that he “prevents” himself from placating on American soil.

Movies, cinema in all its glory, can bring people closer and closer. We accept a character not always because he represents us. We intimate with him as he reaches one even out of denial. We know that it is wrong and that your fate will be unfavorable, denier, strict. The viewer gets to pity him because he’s already understood. To understand is to put yourself in your place or at least try. When we die or lose in the film, some of our inner demons are ingned. We also learn that endings don’t have to be explicitly sobering. There are ways to excel the human without didactisms. Sometimes you don’t even have to kill a character. A game could be interpreted – and truly be – the renunciation of a bad way. There has been a necessary, spontaneous and plausible change. That’s how much Danny Trejo has learned from the movies and his characters. Hence his talks in prisons and other spaces of participation with audiences of different generations. Motivation and renewal. That’s been his life path. 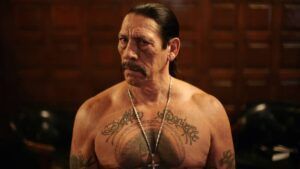 Danny Trejo, a figure in the seventh art, without hesitation, is also a leading advisor to overcoming drug addiction and a par excellence activist. Cinema, yes, makes people better. But it is not often that within their inner veils, full of banalities and miseries, many manage to get out angry, projecting modest and prestos, against wind and tide, to improve the human condition.

The premature pain of life