“I always dare, though I do it with respect. I’m not a free iconoclast.”
Nélida Pinion

Brazilian writer, editor and journalist of extensive and recognized trajectory (International Menéndez and Pelayo Award, Prince of Asturias De las Letras Award, Women Together Award…), Nélida Piñon (Rio de Janeiro, May 3, 1937) has been defined as an author who travels through history without forgetting her memoirs or those of others, which are included in her literary creation. A distrustful amparator of utopias, sure of the existential probabilities of the human being by the fantastical and dreamlike universes, always imaginative, is also the novelist of The Republic of Dreams and The Sweet Song of Cayetana, the forging of The Heat of Things and Other Tales or the Essayist of Books of Hours and The Epic of the Heart. His work spans more than twenty volumes between narrative and essay.

When the Spanish philologist and writer Antonio Jiménez Barca interviewed her for the literary supplement Babelia, of El País, and told her: “But the commitment, above all, is with literature: you yourself have assured that you never think of the reader when she writes”,1 she did not take time to declare to him:

“Who am I going to think of? A Harvard professor? Salamanca? And where do Brazilians stay? I like to think of an Indian from the Amazon who can read to me in forty years. I would like to think that today’s poor man, who has no access to anything, will discover in a few years a few years a Brazilian woman who loved Brazil and literature. I don’t know the fate of what I write.”2

The also member of the Brazilian Academy of Language has been awarded in Cuba, as Casa de las Américas recognized it in the section of artistic-literary essay with the book Aprendiz de Homero (2010), a beautiful title that taxes not only a classic, but the historian of past events, the so-called rapsoda, who went from town to town to tell legends and myths covered with history , with the heroic events of eponymous protagonists, those who named a city and remembered suburban and rural roads – preferred by the latter by the Brazilian one – and thus immortalized them for the future.

Apprentice Homer is one of the most personal and generous essay books of Piñon, because we find criteria about the most varied authors and topics, as well as that he returns on the constant topics of his work: family, memory, happiness, friendship, woman, writing, travel… With regard to the journey, before the writing of Apprentice of Homer, the daughter of Galician emigrants had exhibited:

“As much as you walk, you never go back to where we were, and that’s the beauty. It’s a presocratic concept: we’re always traveling. I always look different, but at the same time with recognizable foundations, because other words existence would be crazy. Each day one adds a new layer to itself. Every day different ingredients are forged, so that one always has something new to offer to those who already know you.”3

With the generic and thematic freedom that characterizes it, part of the regional and projects it on a planetary scale and vice versa. For her, the important thing is not to classify topics or issues in Western or Eastern, Spanish, Mexican or Cariocas, but in relating them to different cultural and natural landscapes. From Brazil repairs in the most indigenous: cartography, folklore, people in their undeniable wealth and complexity to, through trial, honor personalities, their intellectual adventures or other valuable experiences.

Homer’s apprentice is also presented to us as a travel book. This recalls, among others, the chroniclers of the Indies, who favored a writing of landscapes that becomes, even today for readers, writing landscapes. It is a travel book and historical balance of events about humanity. A good example of these goals convened can be found in the text “Iberian splendour”, from which it is worth remembering: 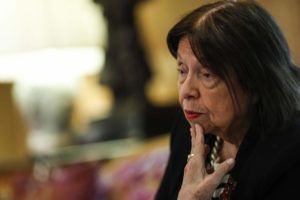 “As children of all navigations, of European, African and Eastern journeys, we are wandering, treacherous, compulsive, we suffer the weight of conquest and ruin. Lords and slaves who threw themselves into the ignominious lands, at the American mare nostrum, we have come to the future, which is us. To modernity, which, uneded with antiquity, imposes upon us the key and the enigma of knowledge. As a result, we become the manic aedas, in the African shamans, into indigenous amautas. And, by force of culture and the hallmarks of identity abounding from a common pantheon, in which the name of America is inscribed, we unwrapped the names of Socrates, Ovid, Virgil.”4

Her crossover panoramas between a literary character of the symbolic force of Quixote with the feminine in “Dulcinea, the agony of the feminine” and “El afortunado Sancho”, for example, represent a prose sensibly far removed from generic distinctions: female or male writing, to which Nélida Piñon, the defender of women’s rights, does not want to stick.
If you asked me what my favorite essay in this book is, I could refer to the one who gives the work its name, although I prefer to lean towards “Sara’s Smile”, which is of unsented subtlety. This reads:

“Abraham, however, whom God had promised prodigal offspring, had Sarah by his side, as his shadow and relentless observer. She is the memory of the other side of God. And although, in practice, she is not authorized to address the Lord, and condemned, therefore, to historical silence, Sarah becomes a voluntary and participatory witness in the continuous pilgrimages undertaken by Abraham, her husband, from Your, from Chaldea, to Cannán, always obeying the will and whims of God.”5

In “La gesta de la palabra”, which is his entry speech at the Brazilian Academy of Philosophy, delivered on August 17, 2006, we appreciate Nélida Piñon at the height of unique writers such as Mexico’s Sister Juana Inés de la Cruz and Spain’s María Zambrano. Confessional prose6 and therefore revealing, that does not de-emerge however, the best construction of a frankly decoded and decoder discourse where the direct and authentic word seduces: “The word can be a precious smoke that heralds a loving instance”. When Nélida Piñon could be revealed from a very colloquial language and close to the common places of popular saying, he achieves with this text a unique beauty in favor of the multiple reader, the one that demands all kinds of expectations because more than one is known. It is not worth alluding to such a text, if it is not quoted in time. The fragment demands opportunity.

“As a writer, I nurme the fantasy of my time and daily return to her ground. In the course of this journey, I am immomobed to the service of the advent of the fabulation. So, if I write modestly, I invent with exaltation, responding to the igneous state because of the fever I need. In any circumstance I help with the word, on the eve of being language. I’m nothing without her. His prestige resizes what I judge to be reality. My apprehension of the world is expressed on your behalf. And even though the verb subscribes to intentions, startle, musicality, it also fosters the disorder with which the path of invention is fulfilled. Well, in dealing with the language, I’m scatological, refined and rude. In the interstitials of human matter, especially in the stripes of love, I celebrate the contemporary dawn, I evoke the twilight that once immersed Anchios and Aeneas in the gloom of Hades, sure that I will soon follow the father and son. But as I greet, moved, those who preceded me in the language, I bring to sleep the phonetics of the everyday.”7

Should one ask why a book like Apprentice homer might be of interest to the Cuban reader? The questions can be stimulating because they are conditioned by doubt, although beforehand, the interest of the curious was already conquered perhaps by the above confessions of the author. Beyond urban and rural Brazil, built and imagined, Nélida Piñon, Homer’s undeniable heiress for her love of stories and legends, stands as a splendid essayist in that quest to communicate the memory of already familiar plural cultures. The prose of Apprentice Homer combines the yesteryear and loaf in that task of the creator of known worlds and to be known, that – as Coleridge would say – able to share “his emotions by the fact that it gives us the opportunity to express our own”. Ω

1 Nélida Piñon: “The family is the only thing that kills”, in Babelia, literary supplement of El País, interview conducted by Antonio Jiménez Barca on September 25, 2015. Viewed at https://elpais.com/cultura/2015/09/21/babelia/1442845704_980841.html.
2 Ibid.
3 Nélida Piñon: “Only by telling stories do we realize who we are” (interview conducted by Ana Solanes), in Cuadernos Hispanoamericanos No. 682, April 2007, Madrid, p. 140.
4 Nélida Piñon: Apprentice of Homer, Havana, Fondo Editorial Casa de las Américas, 2010, p. 82.
5 Ibid., p. 51.
6 I have suggested what is another of the writing features of the author’s prose. Then I access “Nélida Piñon y la memoria del cuerpo”, text by Marifé Santiago Bolaños published in Cuadernos Hispanoamericanos No. 682, April 2007, Madrid, pp. 123-129, where I find a common agreement: “It is the word of Nélida Piñon a word of his own corporeity, whose infinite contingency leads to the growth of daily greatness to make it fly, as is, from his point of view, the hard work of this fallen angel who is the writer”. (p. 124). Also, without me waiting for it, Santiago Bolaños establishes interesting links between the Piñon and the Zambrano.
7 Ibid., p. 177.

Quevedo according to Fina García Marruz

When there are good slices left

To the greatest glory of God and the benefit of youth

To the universality of the Church, World Youth Day Panama 2019 will add youthful energy. Thousands of pilgrims from one hundred and sixty nations will arrive in the Isthmaan country, which, in addition to forming […]

“I confess that I will never be more happy to write a book, and that my only contrition – since I don’t give a damn about the history of literature – is the work that […]

Between 12 and 14 October, the 5th local edition of the interreligious meeting “Prayer for Peace” took place. As on other occasions the Community of Sant’Egidio hosted the event in the House of Peace and […]