The 2020 leap year that began on Wednesday will be set to fire in human history by the uncontainable transmission, to the five continents, of the SARS-CoV-2 virus, which causes Covid-19, a spread initiated in China during 2019.

Covid-19 has claimed many lives and tested, in crisis management, very diverse governments and states of societies: from the most democratic and open, to the most authoritarian and closed.

But it has also tested us, that we are living an uneedited, unimagined experience, and we do not know exactly when and how this nightmare will end. Nor what will come after it’s over.

Much has been speculated about it, to the point of reaching the (almost) saturation of the subject, but not by looking the pandemic the pandemic will no longer be there, like the dinosaur of Monterroso. Every day we get up and lie by his shadow.

As other publications have done, we wanted to consult the opinion of a group of intellectuals to inquire about their particular experiences during all this time, to know how they have spent it, how their days have elapsed, what they think about this present, and what they expect from the future, how they imagine it.

WHEN WE BELIEVE THAT HUMANLY EVERYTHING IS LOST, GOD’S HAND IS TENDED UP TO US 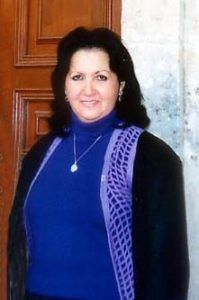 Ivette, how have you lived through these months of lockdown? Did you make the most of it?

“Well, yes, not doing it would have been wasting a time that was going to happen anyway, we’d like it or not. Time is an investment, so we must live it in the most profitable way possible, even if the context in which it elapses does not please us. It’s been very difficult, because in my case I live alone, so every time they talk about a ‘family’ confinement, I feel the greater loneliness of not having it with me. But the work and awareness of having a responsibility have helped me, so I have tried to advance the work of the magazine (Vivarium), to exchange with the students in this obligatory form of ‘remote’ course, and to advance my own writings. Although of course, that ‘lockdown’ thing is not total, as much as in theory it should be, because surviving ‘locked’ goes beyond a good purpose to become a paradox, because if we do not go out of the house to seek food support, how to survive this situation. Perhaps the worst have been the contradictions between what needs to be done, and what ‘needs to be done’.”

Is there a conclusion you have made, in existential, spiritual, religious terms, that you want to share?

“There are many conclusions that can be reached, and the first is to see the fragility of social, state, group structures, which were adjusting an excessive dependence of man on them, to realize that what truly binds the person to the world, is his spirit, his greatness as an individual, which is ultimately the unique bond that sustains him in him , through his unique and particular relationship with God. From good to first, un prepared, without suspecting it, nature throws us a stilt with which countries, systems, complete organizations, stumble, and cause us to fall and lead us to rethink everything. But the first thing that forces us is to forget so much externality to enter ourselves, both physically, biologically, and spiritually. Humanity has had to rethink itself, not only as an integral element of this social fabric that has devised, with so many erquivocals, but as an individual, to see ourselves in the inner part, to greet the wise words of St Agustin when he said that within himself dwells God, his resorted apotegma intimiortimo meo , which helps us find answers to so many questions that can overwhelm us today. And when we turn to ourselves seeking answers, it is To Him that we find to give them to us. This has been the great lesson.”

What teachings could leave us, as social beings, this time cloistered?

“For the first thing is to understand that yes, we are social beings and we need others to complete roles, missions, tasks, but we must also learn to be with ourselves, which is what we almost never know how to do by confusing that intimacy with loneliness, especially in a country so defied in uproar and conglomerations. These months of ‘cloistering’ (although I keep warming it up) have taught us to see life from the necessary estrangement, and being ‘out of the game’ makes us consider it from another perspective, to value situations in another way, which is to revalue them and, above all, to see better the essential things and not the junctures that ultimately make life live as a circumstance full of equally circumstantial bonds , and not as the best gift God has ever given us, and that makes it a set within a great universe. In this wait, time has taken on another value, for far from the haste of living outside ourselves, we have come to understand and analyze it better. Being able to live our intimacy, beyond ‘social’ arguments that are sometimes only commanded chains, has allowed us to resize our own forces as people, while seeing, in the midst of a cataclysm never before lived, that the world is much more than a matter that is projected, to be a spirit (the ‘heart of matter’ would say Teilard de Chardin) that always saves. In these days when in the face of the overwhelming numbers of the sick and deceased so much has been feared the helplessness of the human being, a beautiful parable of hope that was the film comes to mind When everything is lost, directed – and acted – by Robert Redford, where there is the growing abandonment and despair of a man after a shipwreck in total solitude , which is the one that is cinematographically expressed in the total lack of dialogue, a friendly word that does not exist. The fight is denoted, and in the end man surrenders because he thinks he can no longer fight and will not survive, for everything is already lost. The two or three minutes that close the film, are worth the long footage that has been filled with anguish and fear. The protagonist, defeated, sinks into the sea and it is when a light appears from the surface – coming from the lantern of some sailors – that gives him new strength and to which he rises. That light becomes the hand that saves him from death, in a cinematic recreation of incredible and beautiful plasticity, of Michelangelo’s Creation. We must know how to seek the life-giving light, and to know that when we believe that humanly everything is lost, God’s hand is lying up to us.”

How do you live up the post-pandemic future?

“I think about it in a positive way, for that future depends on ourselves. If we think there won’t be, then it will be impossible to redo it. We cannot be carried away by defeatism or by a tight dependence on others reinventing our future. History is done for everyone, so the solution is everyone’s equally. We have seen a lot of heroics in the world, especially because of the sense of solidarity of people born of compassion and brotherhood. Man will understand that everything is an invisible bond that binds us, and every life conditions the strength of that relationship. A kind gesture, a smile, an act of kindness, can decide the tilt of the scales. Barriers, borders, a disease have completely ravaged the world, penetrated it through one of its cracks—sufficiencies, egolats, aggressive stances on the environment and nature, disarmony—and forgot the misdelinances of wealth and poverty, because it attacked human beings from his own condition that has nothing to do with his social and less political imlat. Governments can and should do a lot, but unfortunately it is seen that the best intentions are often shattered when they go the long way of the instances. And that’s when individual attitude becomes decisive. The neighbor, the friend, the until then unknown, the one who helps without asking, is the one I thank most because he is the one who recomposes the shatters and re-lives them in new visas of social relations, based on the most essential of their humanity. I believe that the post-pandemic future is going to be less politicized and more humanized, and thus less dependent on the rejugations of governments and other deceptive power structures. Everything must be different, because humanity itself will have been purified by seeing in the open ‘the cause of all its evils’. It will be time for homo ludens to move their chips and play a more conscious role in the world.”

Essayist, narrator, editor, literary researcher, teacher. PhD in Philological Sciences. He directs the Chair of Cultural Studies Vivarium, and the magazine of the same name, of the Padre Félix Varela Cultural Center.

Today and Tomorrow of a Pandemic (6)

Today and Tomorrow of a Pandemic (11)

Today and Tomorrow of a Pandemic (2)

Today and Tomorrow of a Pandemic (10)