Heroes emerge from the Olympics. The heroes go to the paracleans.

(Member of the International Olympic Committee)

The creative duo composed of producer and director Ian Bonhate (Blackout, 2009; Alleycats, 2016…) and, above all, screenwriter Peter Ettedgui (Vigo, 1998; All or nothing, 2012; George Best: all by hymself, 2016…), they do very well. With McQueen (2018) they formed a biographical documentary, well filled with testimonies and images, of famed and influential big-screen idol Steve McQueen. It covered man to actor and this to motorcycle and racing car driver. By 2020 they both rejoin and surprise with Rising Phoenix. History of Paralympic Games, material that already integrates the catalog of the impetuous Netflix.

Rising Phoenix’s remarkable visuality does not de-emerge its elementary ideological purposes. On the contrary, aesthetics are based on instructing, but with the objective manifesto of enlivening. Entertainment departs from the seduction of the on-screen. Precisely his dramaturgy depends on how the images have been organized in the audiovisual text. What to put first and what is then basic for any documentary or fictional film.

Here stands out a preconceived aesthetic purpose, which greatly favors the ethics of the exposed. Its structure was able to start with the frequent historical content, where the archive images would accompany what the interviewees confess. This is what some people expected. However, the performers will interspersed the weight of history at a precise time: when most of the interviewees (athletes and organizers of the Paralympic Games) have counted their experiences. So he goes from the particular to the usual to achieve the immediate closeness of the viewer; closeness mediated by the impact of what you are told and sooner than you see. The idea of the documentary is supported by its script. Perhaps from it the type of assembly sought was noticed. An assembly apparently linear and chronological, when to tell you the truth, you want to go through synchronously. Although the past determines the present, the latter is as meritorious as the first. Then do not miss the circular order: the point of arrival is similar to that of origin. Now, both the life stories and the annals of the Paralympic Games will completely change the viewer’s view of these human feat events near the Olympic Games, held every four years. It is important that the daughter of neurologist Ludwig Guttmann, creator of the 1960 Paralympic Games in England, clarify it at one point: although people with paralysis or paraplegia have participated and participated, the Paralympic term includes the prefix for, which comes from Greek and means close to or similar to the usual Olympic Games. The adrenaline of one and the other is shared in the same way or, perhaps the second, with higher incidences than the initial events. 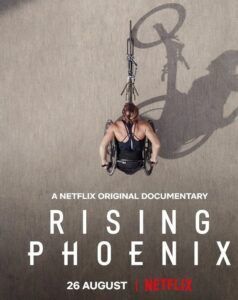 The assembly itself represents with all intent individual challenges: violence and pain, discrimination and acceptance, transformation and that survival fueled by the will to overcome and motivate, with competitive exploits. It’s the influence on many people to move on. It is the right to joy to be in and for the world.

Rising Phoenix reproduces what these athletes incorporate: that kind of harmonic alliance with medical advancement and technology. Bebe Vio, Ellie Cole, Jean-Baptiste Alaize, Matt Stutzman, Jonnie Peacock, Cui Zhe, Ryley Batt, Ntando Mahlangu and Tatyana McFadden are physically and spiritually spared human beings. They’re more than women and men machines. They embody another canon of beauty with the addition of the value of resistance. To what extent do you manage to gain physical and emotional advantage over your disability? That’s why we’re witnessing an ensemble journey, where doubt doesn’t loom, let alone pity. Bonhate like Ettedgui are very careful about it. Not for nothing, portraits of inspiring human models stand: “We are all superheroes because we are going through tragic events. We all live something that didn’t let us succeed. And that’s where our strength lies. Life is a fight. We’re trying to save the world,” says one of the interviewees. 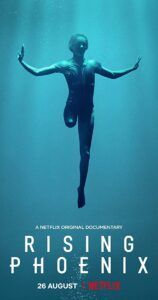 The harmony of body proportions for the Greeks was fundamental. His statues show this, even those that have survived with deprivation (arms, legs…) over time. Art at that time fulfilled other functions away from aesthetics. The naked athlete, admired in his dedication to the Olympics or the hero who would give his city its name and even the valuable politician, were sculpted with a view to highlighting an order of knowledge associated with religion and the ethical-existent. Human beings could remember these examples of civilisation or civilisation. We needed to be aware of the knowledge of personal boundaries. But to excite the audacity was the order of the day. What would the ancient Greeks think of these modern athletes? I don’t think you could imagine that how much Demosthens faced to become the speaker he was, he could be equated with what Paralympic athletes would do in our day. The triumph has had many anonymous faces. I have now the opportunity to appreciate those of some of its current protagonists.

As if nothing had happened?