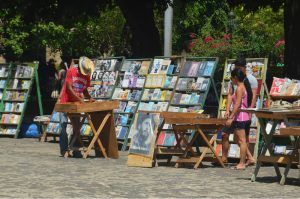 Catholic footprints in the streets of Habaneras: Calle Reina

Leonardo Padura, an afternoon with his readers

Como always, they found out by e-mail, circulated and recirculated. Leonardo Padura’s readers long ago worked out how to meet their writer. This time it was at the Loyola Center, of the Catholic Church, in […]

The perception of “save who can” (Fragments)

The book of remembrances Do not cry, compiled by Arístides Vega Chapú (and whose reading we recommend) offers a wide sum of testimonies and visions about the so-called Special Period. In the text, several Cuban […]

A January I’m in the ass

Or I know of a single family that by dismissing the year that is going away and providing, as far as I can, to receive the new time that arrives, does not feel within itself, […]