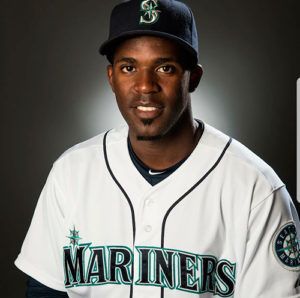 It is saturday, March 3, less than twenty-four hours ago Juan Miguel Echevarría won the gold medal in the long jump and Yorgelis Rodríguez the bronze in the pentathlon during the second day of the World Indoor Athletics Championships. In the same event, Yarisley Silva competes today and in Cuba the second date of the Baseball Series “United for passion” will be played between two teams of the island and the Mexican teams Guerreros de Oaxaca and Diablos Rojos of Mexico, the latter with the Cuban Alexei Ramírez on his payroll.

In this context I set out to take a look at the Cuban players who, by now, must be playing the 2018 MLB season or, what is the same, the best baseball in the world.

At least more than twenty appear as possible headlines in the preseason (the number may have increased at the time of you reading this article) and the great absentee in the first bars could be Yulieski Gurriel due to surgery on the left hand.

The Toronto Tiles have insurance on their line-up to Kendry Morales, who could be accompanied by Aledmis Díaz and Lourdes Jr. The Los Angeles Dodgers also have more than one co-lander, Yasiel Puig and Yasmani Grandal are safe and still hold Jose Miguel Fernandez and Yusniel Díaz options.

Jorge Carlos Soler, a diamond yet to be polished, will have responsibility for the Kansas City Royals lineup, while Yoenis Céspedes will be decisive at the New York Mets, as much as Aroldis Chapman in the Yankees.

Likewise two torpedo boats of the same generation, Adeiny Echavarría and José Candelita Iglesias will also have prominence. The first with the Tampa Bay Rays and the second with the Detroit Tigers, a payroll where outfielder Leonys Martin could also appear.

For her part, Ariel Miranda stays with the Seattle Mariners and Odrisamer “emphasized” in the Marlins. Other cases include Julio Pablo Martínez and Andy Ibáñez, contenders for the Texas Rangers’ main roster, while Yandy Diaz and Cionel Pérez opt for places with the Cleveland Indians and the Houston Astros, respectively.

At the close of this edition of Word New, Yasmani Thomas appears on the Arizona Diamondbacks payroll and Guillermo Heredia is not ruled out with Seattle.

I reiterate that the list of conveners could increase and far exceed the figure of twenty-three who last year saw action at the highest level of world baseball. To get an idea I tell you that by now there are almost 120 Cuban players who have signed contracts with major league organizations.

Such a high number of players confirms the talent of Cuban athletes. It is undeniable that our land is a very fertile hotbed of platoons and I repeat myself (and repeat to him again), despite the current limitations, which undoubtedly go through the political aspect, what would happen if that barrier did not exist? I’m sure Cuba would be the country with the most major league baseballrs, after the United States.

Note that the last season where the players officially played unrestricted in MLB was 1961, a campaign involving twenty-two, a number already surpassed last year.

There is no doubt that we are in a privileged moment for the Cuban ball abroad, as let us remember that in the 2000 season there were eleven of our representatives and ten years later fifteen, which denotes a sustained increase.

With the “masivity” of the 2018 campaign, it is not ruled out that Cuban platoons opt for individual prizes, which would be nothing new. I suggest you follow the reading.

One of the most sought-after awards is the Most Valuable Player of the Season and it was won by Zoilo Versalles (Twins) in 1965 and José Canseco (Oakland) in 1988. While Liván Hernández (Marlins) won the 1997 World Series, having reached it in the National League Championship Series. Two years later his brother Orlando Hernandez (Yankees) was the World Series MVP. The other Cuban with that condition is Tany Pérez, who won it in the 1967 All-Star Game.

The Golden Glove is the recognition of the Best Player to the Defense and six Cuban players have achieved it, some more than once. The gardener Orestes Miñoso won it in 1957, 1959 and 1960, and the torpedo boat Reynaldo Ordoñez in 1997, 1998 and 1999, the same seasons in which he was reached by the initialist Rafael Palmeiro. Twice he won the prize for the short stop Zoilo Versalles (1963 and 1965), while once he was won by the torpedo boat Leo Cardenas (1965) and the gardener Yoenis Céspedes (2015).

There are also other individual distinctions with a Cuban presence. The Edgar Martínez Award for Best Designated Batsman was won by Rafael Palmeiro (1999) and Kendry Morales (2015), while the Wilson Defensive Recognition went to the gardener Yasiel Puig last year.

Before concluding, taking into account many requests, and with the thanks given to my editors, here I leave the performance of the Cuban players active, although for space reasons I will only locate those who have been in the case of position players for at least four seasons and three for pitchers.

May Cuban television continue to open its horizon and from here we can see the actions of those who are there and make us so proud of those of us here, Ω

Celebrate Feast of the Virgin of Carmen

In the central and well-known parish of Nuestra Señora del Carmen was celebrated on July 16th the feast of the titular Marian advocation of this temple. On this occasion […]

“The school does not replace the parents, but complements them”

In early September, Pope Francis gave a speech to members of the Italian Association of Fathers in the fifth-year-old of his foundation. In his words, the Supreme Pontiff stressed the need for family and school […]

This September 28th, the draft of the new Constitution of the Republic was debated in the magna classroom “Félix Varela”, of the former seminary San Carlos and San Ambrosio. Just that place where the first […]