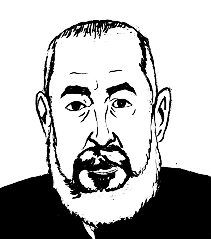 always, they found out by e-mail, circulated and recirculated. Leonardo Padura’s readers long ago worked out how to meet their writer. This time it was at the Loyola Center, of the Catholic Church, in Havana.
Two hours of delicacy for an auditorium attentive to the exhibitions on The Transparency of Time, Padura’s most recent novel, and the criteria of the novelist, who, of course, showed face to face the admiration that they continue to profess.
This is the case since the Spanish Tusquets Editores placed it at the top of the international literary market, from the 1990s, when she published the first novel in the Mario Conde saga, Perfect Past. Since then, it has been a fruitful relationship between Padura, its publisher, the market and the abundant reading public around the world, including Cuba, of course. A relationship in which a combination has been essential that distinguishes the writer and journalist: talent, work and dedication, a privileged trilogy that has allowed him to leave the world of Count, successfully enter that of José María Heredia and that of Ramón Mercader and Trotski, and return to his endearing detective without losing the magic and attractiveness of those stories with which he also scours into Cuban reality and becomes the voice of millions.

“Hemingway once said that as the writer advances in his career he is being left alone. The time required by the craft of literature, and at the moment the craft of promotion, which is part of the literary exercise but which is independent, robs me of an enormous amount of time that I cannot devote to more personal matters. And that’s why I have a relationship with many of my friends that is curiously more intense with those outside Cuba because when I’m out of Cuba those friends come to see me and I’m going to look for them and those who are in Cuba are always there and see each other sometimes.
“One of those friends, who lives outside, recently told me something very important to me: ‘You don’t know to what extent for us, that we’ve been your friends all our lives, knowing that you’re there, that you’re still in the same place, is an important reference for us.’
“And it is that life, Padura clarifies, has been very complicated for our generation, that has lived a life in which practically all things have happened to us, without being asked for permission to pass us by. And for these friends, knowing that there is that benchmark, in the same place, in the same house, making a memory rescue, is important. It’s very important to me, but I didn’t have the dimension of how important it is to them.
“In the case of Count, Padura concludes, his relationship with this group of friends has not only a human dimension, it also has a dramatic dimension because through the encounter with these friends, we know how Count thinks, how friends think, talk about what is happening in count’s investigations, and serves me to reveal information and moods.”

These quotes, on the other hand, reveal the moods of his readers, the temperature of the link between reader and writer, established on a loyalty that strengthens with the ability to wait, wait, to wait for Leonardo Padura’s next novel to finally come out of print. Ω

They present Leonardo Padura’s latest book: The Transparency of Time, at the Loyola Center

Leonardo Padura and his readings of history

Poetry Competition San Cristobal of Havana: a city, a faith. On the occasion of the next celebration of the fifth centenary of the founding of the Villa de San Cristóbal in Havana, the Archdiocese of […]

It is a challenge for this chronicler, as the only dance critic from the island and an eyewitness to this historic artistic event for the two nations involved – Cuba and the United States of […]