Among the most outstanding communicative experiences is a project born as a virtual community, and which this year was extended to other platforms and formats. Since its inception, the Catholic Youth Network (RCJ) has explored the world of social media and the media in order to connect as many young Cuban Catholics as possible.

World Youth Day Panama 2019 is the beginning of this effort to link young people interested in sharing the faith and generating a sustained flow of information related to ecclesial life. The members of the delegation to the youth meeting established contact with each other from WhatsApp groups, created to socialize the main activities of common interest. From this primal initiative came the possibility of continuing to be linked, and the Network was created a few days after the end of the event. It was then joined by people from different age groups from all over the country.

Its initiators and main managers include Father Rubén de la Trinidad, belonging to the Congregation of the Mission, and the lay jorge Emilio Marbot, who discussed the possibility of extending the project to young Cubans living communion with the Church beyond national borders. This sign of brotherhood and collaboration makes the Network a space of respectful union, without the place of residence or free political choice being an obstacle to fraternal dialogue among its members. Part of its main objectives is, precisely, the creation of bridges among Cubans, and it makes visible the ways in which faith is lived in any corner of the world.

For the organization of communicative work is segmented by departments, assisted in social networks and web pages by Karines Rodríguez and José Ignacio Amador. The radio production is directed by Jorge Luis Nodal Cordero and audiovisual by Yusnier Figueredo. They are joined by the secretariat, assumed by Alina Lage and the economy by Ailime Ferrera. One of the first departments born to this team has prayer as the main bulwark, coordinated by José Angel Turrent.

Last summer the first tests of radio content began, and by October Jorge Luis Nodal launched the first broadcast of a Catholic newsletter, which later became the radio supplement “In Details”. Since then they called for collaboration for the future dream of a radio station, which began in June this year with the opening of the first Cuban online Catholic radio: RCJ Radio “The Sound of Hope”, and which with the approval of the Conference of Catholic Bishops of Cuba (COCC), broadcasts for 24 hours an informative and varied production in tune with the Holy See.

The “Sound of Hope” programming is followed by an audience ranging from teenagers to people over fifty years of age. It is also replicated by about twenty-one Spanish-speaking Christian stations, which in turn tax materials for the Network. The supplement of World Catholic Radio is also transmitted in real time, as well as national spaces made from different dioceses of Cuba. Among the latter stands out the program Conversando con contigo, led by the Bayamese marriage of Lina and Carlos, which include in their broadcasts various topics for the spiritual and harmonious accompaniment of families. 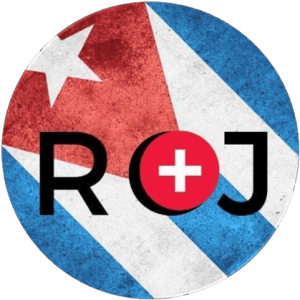 RCJ grows as a community that diversifies its experience from a multi-media discourse that also includes the attractive propaganda design based on the liturgical calendar, to the exchange of texts generated to and for young people, shared on Facebook, WhatsApp and Telegram. By imbuing the world with radio broadcasts, he has managed to win over an audience that is now the majority within communities: the generations that were born with radio and television, more receptive to traditional media than to new technologies of communication and social media. Thus, those who overcome the elderly, can also download the contents, consume them in their preferred format and enjoy them in dissimilar scenarios, be it the comfort of their home or on public transport. Alternative also for the lowest data consumption by mobile devices, favorable to the income of a working majority.

Added to this is the novelty of an application that responds to the virtual identity of the community, through which newsletters and programs are accessed without the need for formal navigation. This application exists in PlayStore for Android and has its replica for IOS.

Currently, the Catholic Youth Network works on updating the general statutes of the project. Likewise, it plans to grow in the realization of audiovisual materials and insert himself in other spaces conducive to the charitable and evangelizing mission of the Church. Ω

A path of hope for the first Cuban Catholic broadcaster