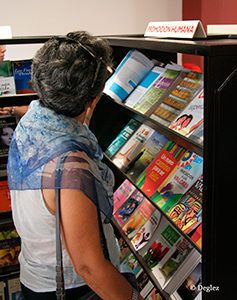 A longed-for dream came true on Saturday, June 30, when the St Paul Evangelization Center was officially inaugurated, a space that will allow the society of Pauline fathers and brothers in Cuba to strengthen their mission and take their services to the rest of the dioceses of the country in support of the pastoral action of the Church.

In accordance with the statement made by Parents Juan Manuel Galaviz and Jesús Castillo (SSP), the new institution, continuing the work initiated at the Padre Alberione Center, in the Archbishopric of Havana, will gradually offer facilities and, together with other future purposes, will be a space where you can acquire and consult religious literature, documents of the Catholic Magisterium, either in digital or printed format , as well as various materials for the formation of children, adolescents, young people and the entire Christian family in general. 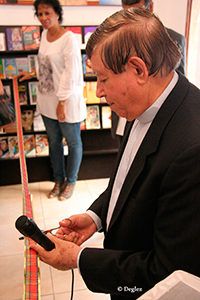 The symbolic cut of the ribbon officially opened by the Evangelization Center corresponded to the focus of the Society Of St. Paul, Father Gilberto Martínez, who expressed his satisfaction with the work and highlighted the desire that accompanies each Pauline project, whatever country where it develops: help, accompany and instruct. 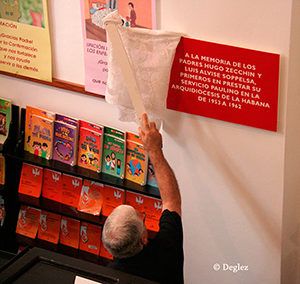 At the ceremony, Msgr. Ramón Suárez Polcari, Chancellor of the Archdiocese of Havana, representing Dr. Eusebio Leal Spengler, historian of the city, unveiled a tarja to the memory of parents Hugo Zecchín and Luis Alvise Soppelsa, first to serve in Cuba from 1953 to 1962.

The inauguration, also attended by Msgr. Juan de la Caridad García, Archbishop of Havana and Archbishop Giorgio Lingua, Apostolic Nuncio in Cuba, was enlivened by a group of children who make up the music workshop promoted by the Congregation Daughters of Mercy of the Third Regular Order of San Francisco in and around the community of Jaimanitas.

The St Paul’s Evangelization Center is located at 12 Compostela Street in Angel Square, attached to the church of the same name.

A new Loyola Center in Cuba

A path of love and dedication

There goes Marina, here he comes. Wrapped in his name. With his wobbly footsteps, like a wave. With his foam mind. No one will be able to tell how old he is, how many pounds […]

Professionals in Cuba: a deck waiting

At a wedding party, where several professionals of diverse branches agreed, I hear a person tell about a complicated work vicissitude. The lady in question runs a socialist state-owned company, and has a serious functioning […]

On the fifteenth day of June 2017, the jury of the New Word Competition met at the Padre Félix Varela Cultural Center in Havana, in its twenty-first edition, composed on this occasion by the Pbro. […]