The complicated and well-troubling movie and childhood duet deals with HBO’s new documentary film The Children of Hollywood (Alex Winter, 2020). This is not the first time that the presence of children in cinema – as one more piece of the film network – has been the subject of other materials, but now we are offered an audiovisual well focused on the event. From how the casting process in Hollywood works for infants to the impact of being bewitched, to the letter, by the siren chants of America’s film industries.

HBO (Home Box Office) has a phrase for everyone: “Enjoy an HBO story.” Although the history of its slogans is interesting: from that of the seventies “Different and First” to the current “Go beyond”. The spanning channel owns not only the US multinational corporation Time Warner, but also the Walt Disney Company. It’s revealing that it’s themselves who produce a documentary as critical as The Kids of Hollywood. 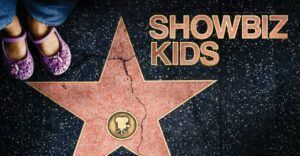 With the on-screen figures of the number of minors who appear each year to obtain film roles, plus the addition of archive images by Jackie Coogan, the protagonist of The Gum (Charles Chaplin, 1921), dancing surrounded by a crowd, next to Chaplin, begins the documentary of Alex Winter. In case it wasn’t enough, the forgotten Diana Serra Cary (Baby Peggy), who was a big-screen children’s star before Coogan, is rescued. The ransom represents an act of justice, but it contains the bitter quotas of what will be an unstoppable course on innocence, or better, about its loss: “I thought all parents worked as children. That was my conclusion. I was a delight to the director. What he was telling me, he did without a problem … I was introduced as the million-dollar children’s star,” says old Baby Peggy, who also reveals her father’s reaction to learning that she was not involved in the proceeds of the films. Baby Peggy’s star career ended at the age of seven. It was the end of his exploitation. The most lucrative girl in film history was not Drew Barrymore, but Shirley Temple.

The children… alternates with the current cases of a boy who wants to enter the industry, a girl already with some experience in various roles and the raw testimony of young people who, for various reasons (stress, drugs, sexual abuse, family exploitation, school and work, death…), could not continue working in the cinema. Let’s face it that there were admirable journeys, such as Mickey Rooney, Elizabeth Taylor, Natalie Wood… and younger ones like Jodie Foster, Gary Coleman, Todd Bridges, Henry Thomas, Evan Rachel Wood, Jovovich Mile, Natalie Portman… Those who have read or viewed the recent biopic about Judy Garland know how much it cost the actress the continuing demands of contracts and directors. Added to this are the rules to be followed according to their projections of children’s idols. Even though the Hays Code bans had been overturned in 1967, Hollywood would continue to drag certain ideological policies on what and how to render on screen. Evan Rachel Wood confesses: “Many girls were forced, and now you see more rejection, but I also know that many are pressured to stay in the closet and conform to gender norms that predominate in the film industry.”

When we look at the more specific cases of “Disney children,” the issue is even more disconcerting. For a large majority are so conditioned in their way of acting that, over the years, in the transition from childhood to puberty and, in the desire to continue their careers, they do their best to erase the apparent innocence they played for their Disney characters. Here we must mention mainly the repeated eccentricities of Miley Cyrus, protagonist of Hannah Montana, and before that the sound news about Britney Spears that, despite everything, managed to resume her career and change the opinions of fans and critics.

The aftermath of the physical and psychological pressure on these children had already had its alarming references when, on October 31, 1993, the 23-year-old promise River Phoenix died from ingesting an overdose of heroin and cocaine. Cases keep repeating themselves. Let’s not forget the victims who keep accumulating the Glee series. It is no longer a question concerning only the context of cinema, but social media. If you’re an idol, how much is expected of you is one success after another. It’s not enough to please yourself in your own supersations. You have to help motivate other people’s personal triumphs. Is that society’s plan for these star children? Indeed, it is the one that the industry sells you as a dream and possibility of being in the world. Disconnect from business? It would be like going downhill. Few walk away and forget how much they’ve been through.

The Hollywood children, dedicated to the memory of Diana Serra Cary and Cameron Boyce, is also a very suggestive documentary of how to survive in show business. The old Baby Peggy was 101 years old; the “Disney boy” Boyce only twenty. Ω